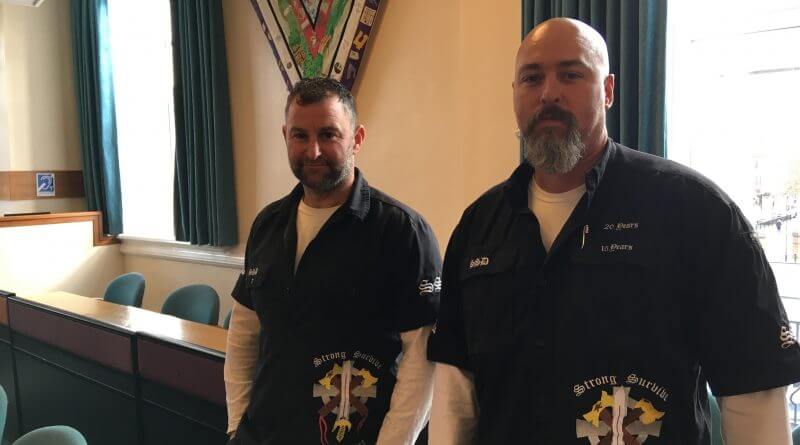 A rock music and biker festival in the Derbyshire countryside has been allowed to go ahead despite significant concerns about noise.

A licensing panel hearing, held on Monday 17th February, by Amber Valley Borough Council, chose to approve the planned festival, despite a series of warnings from its own pollution officer.

Melanie Goodier, the council’s principal pollution officer, said the increase in outdoor events in the borough is becoming an issue.

During the hearing, she said: “We have about 16 outdoor music events each year now between May and October which have their own impacts and it is becoming a significant issue.
“It is becoming a little unsustainable and we need to look at what is permissible and what we can do to allow them to go ahead and not have a negative impact on residents.
“With a growing number happening close together, the impact they have is growing.”

The festival is allowed to host up to 400 people, including staff, with free overnight camping.

During the hearing, Daniel Hollingworth, the event organiser, said that residents near to the site have been added to the guest list and can attend for free.

Meanwhile, there would be six stewards and security guards to monitor traffic, noise and nuisance behaviour.

Ms Goodier had asked the applicant to reduce the proposed hours to 11pm to combat any possible noise nuisance, in line with when the festival was hosted at the same site in 2018.

However, councillors on the licensing panel chose to approve the proposed hours.

Tickets for the site are already on sale and a portion of money raised from sales will be donated to the Children’s Air Ambulance.

Mr Hollingworth said that The Children’s Air Ambulance had saved the life of Adam Wood, the tenant of the farmland to be used for the festival and co-organiser, which is why it is their chosen charity.

Mr Hollingworth, after the festival licence was approved, said: “It’s a good result, we got the result we wanted in the end. We do want to keep everyone happy and we don’t want to cause any issues.
“We are happy to work with the council through the whole event.”

He said during the hearing that he was “passionate” about the event and that they have not previously received any “noise or nuisance” complaints.

Mr Hollingworth said: “The way we see it, people can go out in Belper and drink until 3am in the morning, so why would they pay to come to us when they can  drink later somewhere else?”

Ms Goodier said: “Very little information has been supplied in the temporary event notice and that it not the fault of the applicant, but with the legislation itself, we are left with very little information on which to make a decision.
“There are an additional three bands from the last time this event was held and a DJ. There is little it any noise insulation provided by a marquee, for all intents and purposes it may as well be outside.
“Yes we didn’t get any complaints last time, but that was with reduced hours to 11pm so we are not to know if there would have been complaints.
“Rural areas are notoriously difficult ones in which to suppress noise. We have had noise complaints from a mile or a mile and a half away from rural venues.
“Without the density of a rural area there is nothing to mask the noise.
“We have had issues with some venues where this event has been held. We don’t know if the complaints there relate to this applicant but two of them have been subject to noise abatement notices.”

Mr Wood said that there was another venue, Shottle Hall, around 200 metres from the proposed festival site which has a license to play late-night music and serve alcohol seven days a week.

He said it also caters for weddings and outdoor events which he felt should mean the festival ought to be allowed.
Chris Potter, the council’s monitoring officer, said: “The licensable activities are permitted to go ahead, the committee was not satisfied that the objection should be upheld.”