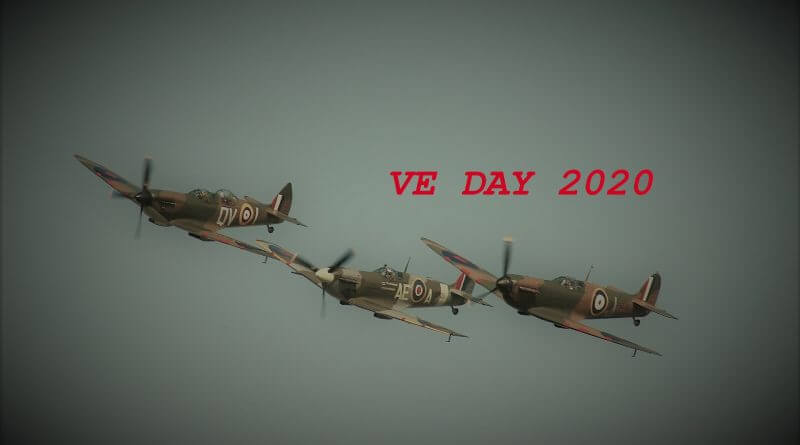 This year is doubly unusual because not only is it a leap year but the May Day bank holiday has been moved, by the government, to avoid giving people an extra day off work for the 75th anniversary of Victory in Europe (VE) Day. The bank holiday ought to be on the first Monday in May, but is now moved to the Friday, because that’s the 8th.

75 years on there is debate over whether we should celebrate the word “victory” in case people are confused and accidentally celebrate war itself.  There is also the risk of current trends in nationalism being stoked, and with it xenophobic attitudes and grudges against countries, now allies, whose current population had nothing to do with historical wars.  Patronising to some, and a genuine risk with others.  So Belper is focusing on PEACE.  The end of conflict and division, not the perpetuation of it.

VE Day has been organised by Paul Terry, with the participation of Love Belper who aim to transform the town, and themselves, back to the 1940s.  The festivities will take place on the Market Place and Memorial Gardens.

On the Market Place there will be a Spitfire and a Merlin engine.

In the Memorial Gardens you will find 6 military units including the Dam Busters, RAF Bomber Command, and British Airborne, along with the British Legion.

The Memorial Gardens will also host music throughout the day, including Sue MacFarlane, ROSS,  James and Keilah, and Never Too Late.

Belper in Wartime will be taking over No.28 to offer a historical look at Belper of the time.

Vegan Revelation will be serving food from the 40s, which due to food shortages and rationing did not often include meat or dairy. There will be no visiting food stalls, and people are encouraged to use our own high street eateries, which often lose out on added custom during large events, due to non-Belper food stalls.

All of this will take place between 10am and 4pm.  In the evening there will be a dance at Strutts Community Centre, featuring Ashby Big Band with Kitty Lemar. The dance will run from 7.30-11pm.

Other details are still being planned, and Paul Terry is still looking for a couple more 40s style singers for daytime performances. Email if you are interested in performing on 8th.

Save the date.  Don’t book to go to VE Day somewhere outside Belper – we’ll be doing it better, and we have the Spitfire!