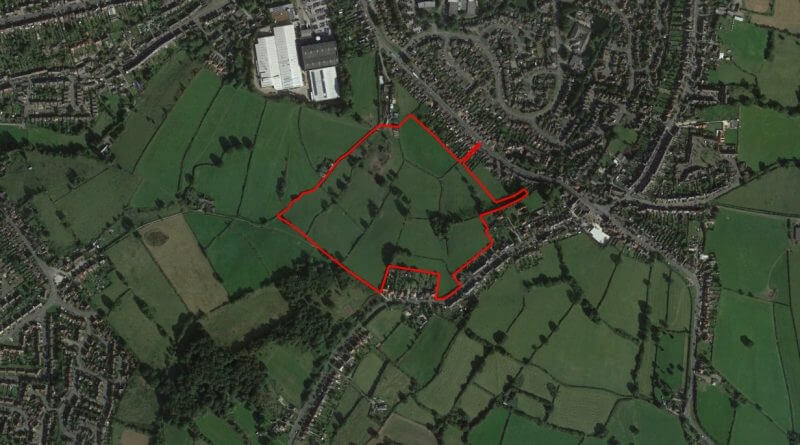 Plans to build 180 homes in Belper are set to be submitted.

Housing giant Gladman is behind the proposals, which are on the verge of submission as a formal planning application to Amber Valley Borough Council.

They would see 180 homes built on fields off Sandbed Lane – neighbouring the Vaillant headquarters and land at Bullsmoor which was previously the subject of plans for 150 houses.

The proposed development, on a site known as the Pottery Farm, would also include a children’s play area and Gladman says it will make financial contributions to school and health services to offset the scheme’s impact.
Pottery Farm sits alongside the Vaillant headquarters off Kilbourne Road.

Gladman also says the scheme will have 30 per cent affordable homes – 54 – and allotments
The proposed access point would stem off Sandbed Lane, in between existing housing to the south-east of Belper.

Gladman says on its consultation website: “Our scheme will contribute to building a strong and competitive local economy, supporting growth and job opportunities in Belper throughout the build period of the site for those seeking employment in construction and beyond.
“Our proposals aim to engage with the local community and help shape the growth of Belper to make the fullest possible use of public transport, walking and cycling, and focus development in a sustainable location, enhancing the vibrancy and vitality of Belper and supporting local services.
“With the creation of new homes and gardens and the introduction of new trees and hedgerows, the living environment will be enhanced for the benefit of residents and wildlife alike.
“Often people are concerned that new development will put additional pressure on local services and infrastructure.
“Where there is a need to increase capacity in order to accommodate residents for our proposed development, we will make financial contributions to facilitate additional capacity.”

Cllr Ben Bellamy, who represents Belper and is the borough council’s deputy leader, said: “This land is our heritage. It is part of the world heritage buffer zone and, however many times aggressive developers try, again and again – the community will keep saying ‘no, no, no’.”

In October 2018, Colin Ball, a government planning inspector dismissed an appeal from Peveril Homes Ltd and Vaillant Group UK Ltd to build 150 homes off Nottingham Road in Belper – adjacent to the proposed new site.
This came after the borough council rejected the plans a year before.

The plans faced fierce opposition from the public, 105 of whom submitted objection letters, along with Mid-Derbyshire MP Pauline Latham and Historic England.

Mr Ball had rejected the appeal due to the “serious harm” which the scheme would have on the area – part of the Derwent Valley Mills World Heritage Site.

He stated that any benefits from the scheme were outweighed by this harm.

Mr Ball said if approved, the development would cause “permanent and irreversible damage to the outstanding universal value and significance of one of the country’s most valuable heritage assets”.

The ruling was hailed as a “fantastic victory for people power” and gathered cross-party support.

To leave your views on the proposed Pottery Farm development visit www.your-views.co.uk/belper/#firstPage/haveyoursay