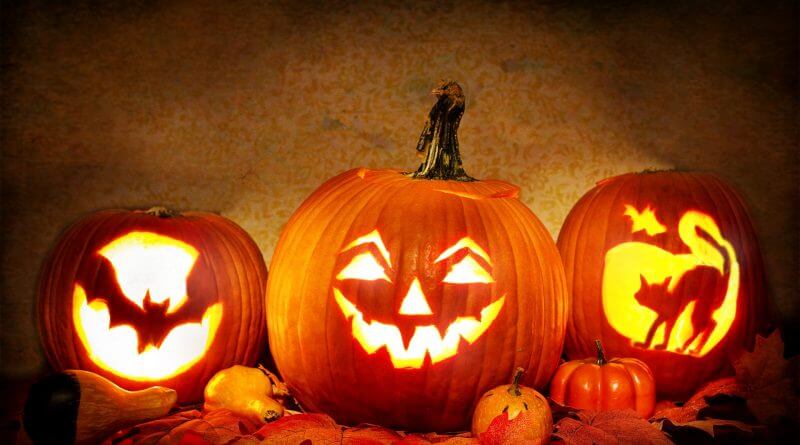 The Parks Estate Halloween Show is back for its 4th year.

How the Halloween show came to be …

There is a sad story behind the Halloween Show.  The organiser, George Lowe, lost his son Lewis in a devastating accident shortly after Lewis moved from Belper to Scotland.  For 3 years Lewis had suffered from, and survived, a rare and debilitating inflammatory disease (Schnitzler Syndrome).  After battling against his illness and then forging a new life with his girlfriend, Lewis fell 200ft from a cliff, when rocks collapsed beneath his feet.

Shortly after Lewis’ death in 2012, George organised a Darts Marathon which raised £5000 for the QMC ward which had cared for Lewis during his illness.   But then George was hit by delayed shock, “For the first 3 years I became a recluse, I started drinking, I didn’t want to see anybody, I put loads of weight on – I got up to about 17 stone. If it hadn’t been for friends I don’t think I would have been here.”

This was when George started to think of something to do for local children.  The first year of the show was just £50 worth of sweets and a projector screen outside his house with “some spooky stuff on.”  It wasn’t advertised but people loved it and it has grown and grown in the years since.  Entertainers have included Britain’s Got Talent contestants, and other people in the community have begun contributing to the now impressive event.

This year’s show has been planned for 8 months.  George has secured the use of the green opposite his house.  The Vanessa Millar School of Dance will be performing Thriller.  The shops have been rigged up with lights.  There will be fire eaters, fire jugglers, and Boris Karloff’s 3xgreat grandson will be present with a replica of his ancestor’s Mummy suit.

George had always put on his Halloween shows entirely at his own expense, and never asked for money from anyone enjoying the show, but then he saw Finley at the local shops, and recognised that the young boy was suffering from cancer.  He introduced himself.  After talking to Finley’s mother, George decided to turn the Halloween event into a fundraising opportunity to help a very sick child whom he considers to be family, because we are all “the family of Belper.”

Finley has Acute Myeoid Leukemia, and is awaiting a bone marrow transplant from his sister, after two rounds of chemotherapy.

George will also making a donation to the #FightforFin fundraising effort, which will be announced at the show on Thursday.

The Halloween show has saved George, “It gives me something to look forward to.  I’m already planning next year’s, before this one’s even took place,” and now it is helping Finley too.

The event takes place outside 1 Ashfield, opposite the shops on the Parks Estate.  It is free to attend but raffle tickets are £1, and there will be fundraising for Finley.  The event is entirely non-profit and financially transparent.

Guests can look forward to decorations, sweets, tombola, raffle, a graveyard, fire eaters, fire jugglers, hot dogs, entertainment, a smoke machine, zombies, and 3 cinema screens. Children are required to be in Halloween fancy dress to get their free sweets.

£1 Tickets can be purchased in advance from Belper Paw Patrol and McColls Newsagent (on Chestnut Avenue), or on the night. There are some huge prizes.  Paul Terry has donated the main prize of a weekend holiday in an 8 berth caravan at Ingoldmells, near Skegness, The New Inn at Hopping Hill has donated a £30 meal voucher, there are also 2 hampers worth £140 and £60, and a prize of handmade slippers from an Etsy retailer.

Tombola
Slimmers World have donated a large quantity of sweets to the show, and are running a tombola which has lots of fantastic prizes, with the top prize being worth £160.

Last year a small number of older children behaved disrespectfully to local shopkeepers, and the community and organiser ask that all guests be respectful to local shops and everyone in attendance.