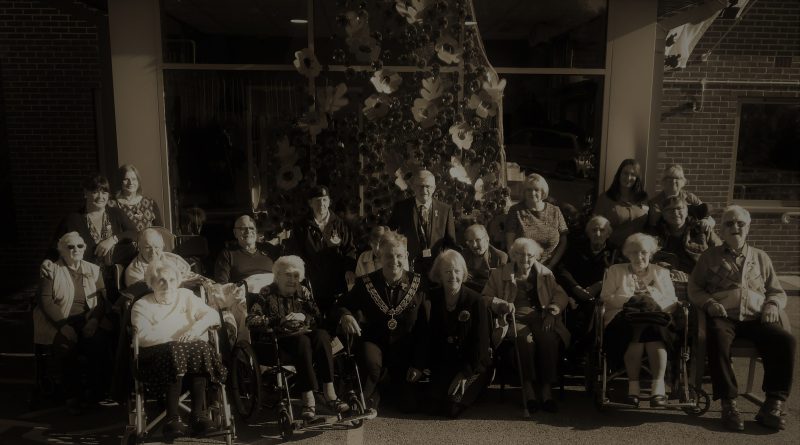 On Monday morning the residents of Spencer Grove care home celebrated their creation of a netted display of remembrance poppiesm in preparation for Remembrance Day on 11th November.

The residents focused on recycling plastic by cutting the ends off plastic bottles which had been collected over the course of a year, these were then spray painted by a relative of one of the carers and attached to the netting by staff.   Care home manager Donna told us that the idea came from a Pinterest post.  There were also sillouette cut-outs of soldiers inside the home.

There are 6 residents at the care home who served in various parts of the armed forces, and Women’s Auxiliary Army Corp during World War 2.

The chairwoman of the Belper branch of the Royal British Legion, Kath Woodward was present for the celebration.

Residents enjoyed sherry and cake with Mayor Simon Mallett and Deputy Mayor Mary Dwyer before lunch, which we were told is usually “really good.”

The home will observe the traditional silence at 11:00 on 11th November and like to watch traditional memorial coverage on television.