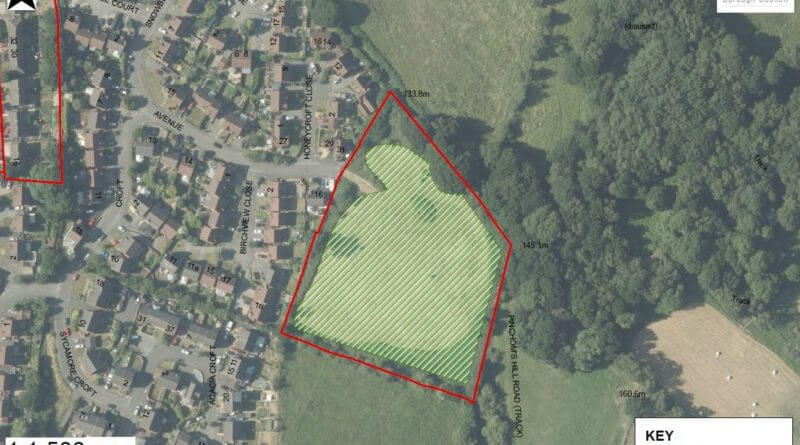 Image: location of forest in Belper

Amber Valley’s “forest for the future” plans would involve 40 acres of new woodland in 16 locations around the borough.

Announced last week, Amber Valley Borough Council aims to plant between 2,500 and 5,000 trees a year for between five and 10 years at the proposed locations.

An overall cost of the scheme and continued maintenance is not yet “quantifiable” but the council has freed up £25,000 to make a start on this project and other climate change measures.

The council has now revealed the 16 proposed locations, most of which include planting covering less than half a hectare, or 5,000 square metres.

A number of trees will also be planted within areas of open space around the borough.

The Codnor site had been part of a proposed addition to council’s now pulled Local Plan – a blueprint for future development – as either housing or as a permanent traveller camp.

Here is the full list of proposed tree planting sites:

The authority says in its report, discussed at the full council on Wednesday, September 25, that: “A sustained 5-to-10 year programme of tree planting of between 2,500 to 5,000 trees per year, would see the transformation of the above areas into a network of community woodlands and orchards (where appropriate), forming the Amber Valley Forest for the Future, which in addition to sequestering carbon, would also provide valuable recreational and wildlife areas.”

Its proposed planting, it says, would be capable of “sequestering” 6,400 tonnes of carbon, the equivalent of six years of the council’s carbon emissions.

The authority says that further tree planting could be possible to connect some of the proposed sites and provide “valuable wildlife corridors and a more coherent forest infrastructure”.

It says this would require, in particular, the participation of the county council to plant trees on highway verges and the assistance of schools and town and parish councils.

4 thoughts on “Amber Valley’s “Forest For The Future””