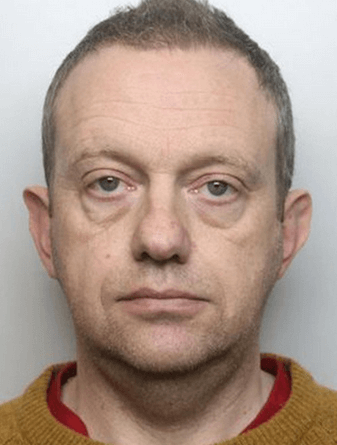 Last month, Mark Fidler, Head of Music at Belper School was jailed for 22 months for having a sexual relationship with a student.  Mr. Fidler has also taught ICT and Drama.

Until this month, the media were prevented from naming the school involved due to confusion over how far the protection of the student’s identity went.  This has now been resolved.  No details which can identify the student can be published, but we can discuss the school that it happened at.

Mark Fidler is 49.  He had been a teacher for 25 years. He worked at Belper School from 1993, and was Head of Music since 2002.  Although the student was over the legal age of consent, the current law names the actions as illegal and unethical.  The Sexual Offences Act 2003 made it an offence for a person over 18 in a position of trust to have a sexual relationship with a child under 18, regardless of whether the relationship is consensual and even if the person does not teach the child. Prior to that act, the age of consent – 16 – was the only legal barrier.

When questioned he admitted they had been having sex and that he had bought her gifts including underwear and jewellery.

Fidler pleaded guilty to one count of sexual activity with a girl while in a position of trust, at Southern Derbyshire Magistrates’ Court in July.

He also admitted one count of possessing 13 indecent images of the victim, made up of ten pictures and three videos.

Judge Coupland said: “You had been a teacher for more than a quarter of a century and head of music for a number of years.

“You were in a position of responsibility and knew what the rules were about sexual contact with pupils.

“Your teacher’s ethos must have told you about that.”

Since the location of Belper was revealed 13 days ago, rumours and speculation have been circling Belper.  Parents have been stating that they want reassurance.

“This is a very serious matter.  Following reports of inappropriate behaviour the school worked closely with the police and the local authority designated safeguarding officer to ensure that all appropriate action was taken in respect of this matter.

“I wish to reassure parents and the wider community that pupils’ wellbeing is of paramount importance to us. This matter has been fully investigated and there is no evidence to suggest that any other pupils were put at risk. Mark Fidler no longer works at the school.”

Nailed spoke to Mr. Cooper about the rumours circulating, and the way in which children are safeguarded at the school.

Mr. Cooper described the school’s “dedicated” safeguarding team, working under a Designated Safeguarding Leader, who immediately flag issues as soon as they are heard, involve appropriate authorities, and kickstart a system which leads all parties through a process to ensure that everything is handled safely, carefully and legally.   Mr. Cooper asserts that everyone is given very clear guidance and training.

In the specific case of Mr. Fidler, the local authority (Derbyshire County Council) described the school’s safeguarding practice as “exemplary.”  The school also recieved praise from Derbyshire Constabulary, with whom they liaised throughout the investigation.

Nailed told Mr. Cooper some of the rumours which have been ciculated online, including general rumours about Mr. Fidler doing the same thing with another student, another teacher being fired for similar behaviour, and individual incidents involving Mr. Fidler.  These accounts, repeated across social media, and person to person, have been referred to the police, as the school claims there is no evidence of any other foul play.  The lack of any knowledge of the stories circulating makes these stories potentially slanderous, not merely against the convicted party, or alleged victims, but against the school, and the teachers who run it.

Mr. Cooper described these rumours as “pure fabrication” and “plain lies.”  He said that the slightest raising of suspicion by any party triggers the process of safeguarding.

Those staff members involved in safeguarding undergo annual training.  This includes Prevent training to protect and educate against terrorism, Union training for safeguarding, internal and external safeguarding training, and an annual audit by Derbyshire County Council, which includes finance and recruitment.

The school maintains a single central record which includes documents of all levels of checks, and of the collegiate response, which includes psychologists, police, social services and the school itself.

Belper School wishes to reassure parents that this has not happened before, that they discovered it, investigated it, and dealt with it to an “exemplary” standard, and are prepared and trained to continue to protect children at the school.

The older rumours have not been investigated, but have been referred to the police, via Nailed and Mr. Cooper.

If anyone has information which they know to be true, which has not been included in reports, they are advised to report the information to the police by calling the non-emergency number 101.