WHAT'S ON
22nd August 201922nd August 2019 Admin 0 Comments Comedy, Devonshire Cowshed Comedy
On Thursday 5th September, Anthony Williams will be hosting the first Cowshed Comedy night at the Devonshire in Belper.
He has gathered together some of the brightest up and coming comedians from the East Midlands and beyond, and promises a fabulous night out.  The headliner of the night is Phil Carr, a deadpan, dark humoured comedian who has won many a gong show,, and was nominated as Breakthrough Talent at last year’s Birmingham Comedy Festival. Six other acts will be performing, and all for the price of £3.
Tickets are limited and selling fast!WHERE: The Devonshire pub
WHEN: Thursday 5th September 2019
TIME: 8:15pm
TICKETS: £3, on sale through the Facebook event page, or from the Devonshire, on Bridge Street 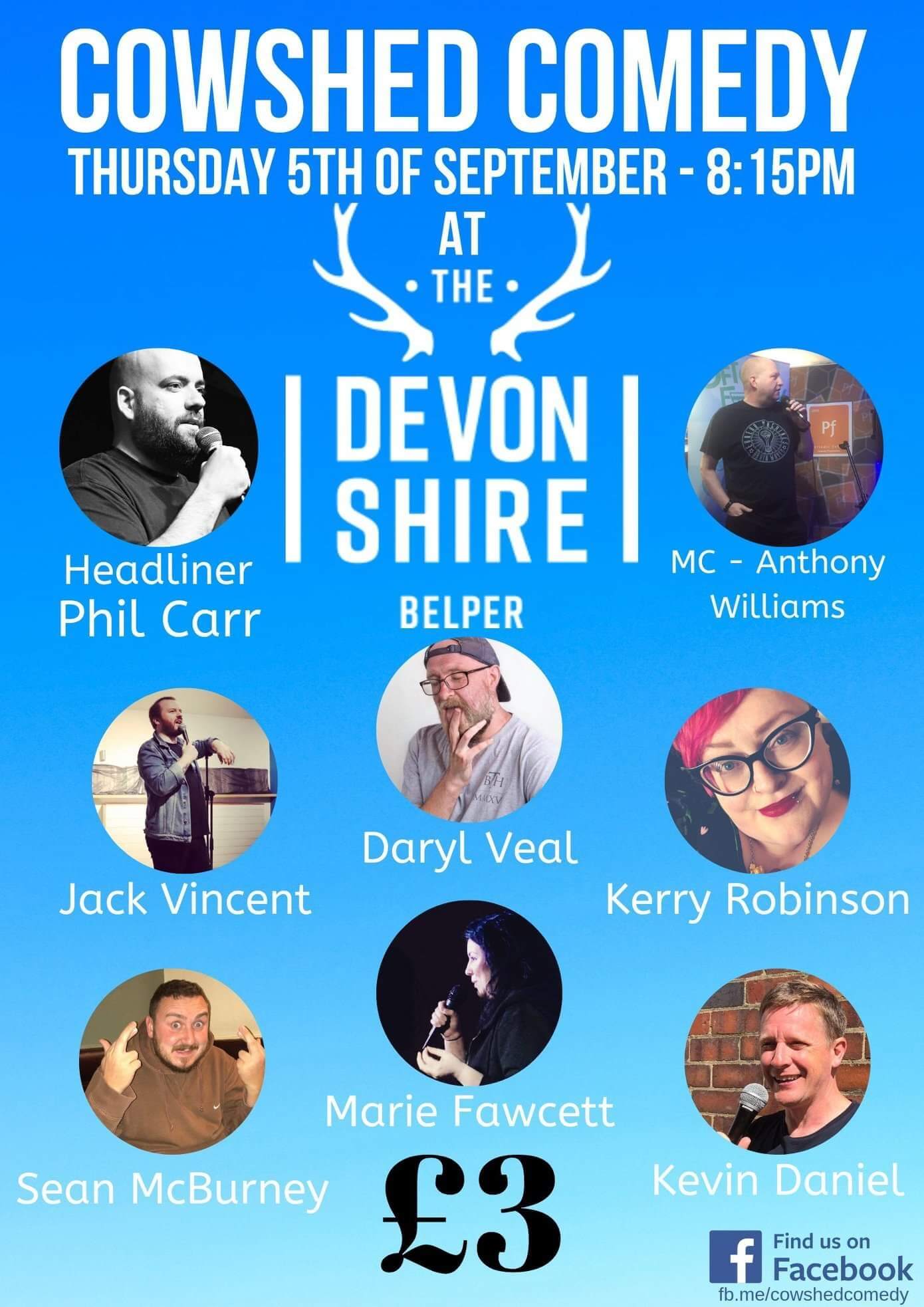