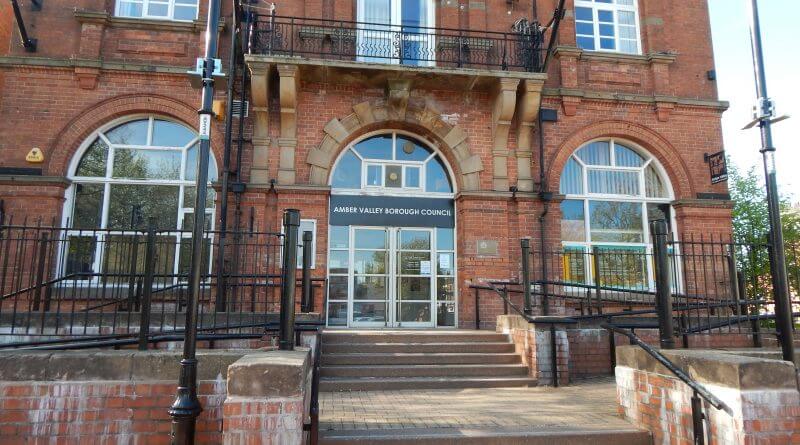 On Wednesday 17th July 2019, Amber Valley Borough Council held a special meeting with Green Belt protestors to update them on how protecting the Green Belt from development was going.

Amber Valley Borough Council (AVBC) has cancelled the controversial Local Plan which allowed for building on Green Belt land.  This is now official, as opposed to previously stated intentions.

A new system of planning will begin in August.

AVBC leadership reports that Amber Valley now has a housing supply which exceeds the required 5 years, standing at 5.42 years.  In part this has been achieved by the fact that the cancellation of the previous plan frees AVBC from an agreement to provide housing for Derby, which stood at approximately 2000 houses.

Derby had requested that Amber Valley take on some of their housing needs, because they did not wish to build on Green Belt and green field sites themselves.  Without Derby’s needs being added, Amber Valley can concentrate on its own housing needs.

Amber Valley is required by law to co-operate with Derby, but they do not have to comply with requests to take on their housing needs.  Derby has started on a tall building plan, and may have their own needs covered, making requests of other councils in the HMA unnecessary.

AVBC is involved in joint studies, arranged with other councils, which are intended to more accurately identify housing needs, saving money and providing better joined up information.

AVBC stated that they are in favour of focusing on our own plan.

Council leaders warned that Green Belt planning applications may still come in.  They also warned that the current situation only exists whilst Labour retain a majority on the council.  Elections happen every year, as the council is elected in thirds.  The next is in May 2020.

You can take your Green Belt signs down, but don’t throw them away.

AVBC leadership has asserted that they will not approve applications to build on Green Belt.  They do not know if there will be appeals against those decisions.

Mr. Emmas-Williams stated that Cross Hill was the only location where developers were “making noises”. It was also stated that building companies are challenging the reality of the 5.42 figure.

They warned that it is possible that developers will make applications in order to test the planning board.

Mick Wilson, Chair of the Planning Board, stated that there is ongoing training in National Planning Policy Framework (NPPF) . The NPPF sets out the Government’s economic, environmental and social planning policies for England. The policies apply to the preparation of local and neighbourhood plans and to decisions on planning applications.  They believe that sticking to the rules will help them to argue against such actions.

Issues with a disconnect between council planning officers and councillors and the legal team were declared and are to be addressed in the future.  So far councillors have had to put up “robust opposition” to the officers’ recommendations.

The councillors were challenged, “Why are we paying for their failures? Fire them!”

Ben Bellamy responded, “Watch this space! We are confident we will have the right people in place to take it forward properly.”

It is difficult for councillors to fire council officers.  This is a failsafe to stop new administrations cleaning house when they take office.

Council leaders then stated that they had chosen to reassess all building plans with no Green Belt weight, meaning that regardless of whether a building plan was on Green Belt land or not, they are reassessing whether it should happen.  Some or all of those applications which have been passed might have to come back to the council to be reassessed under the new weight.  Some of these applications have already recieved a letter giving them permission.

Nailed questioned whether any of those approved plans were on Green Belt land.

The Nether Heage planning permission is being recalled to council, along with 6 other plans which contained no Green Belt.

“It’s interesting that since the withdrawal of the local plan, far more brownfield sites are being applied for and developed.”

A member of the public asked whether brownfield sites that aren’t being developed could have their planning permission retracted?

The answer was “No, but it does lapse after a time.”

“I’m very encouraged by the choice to develop your own social strategy.  The former administration just asked developers where they wanted and granted it.  It’s encouraging.”

“Government policy needs changing.  There needs to be VAT on Green Belt, not the other way around. And it needs to change that any movement on a site renews planning permission.” (This would require action from MPs)

“Can the developers keep taking protestors and the council to court until they are bankrupt?” (Chris Emmas-Williams said they could.)

Mick Wilson, Chair of the Planning Board, addressed the Green Belt campaigners and said,

I want to thank every single one of you for being a part of the campaign.  Thank you all.

“You have to admire the fact that they’re upfront and meeting with people.” Prompted protestors to applaud the council.