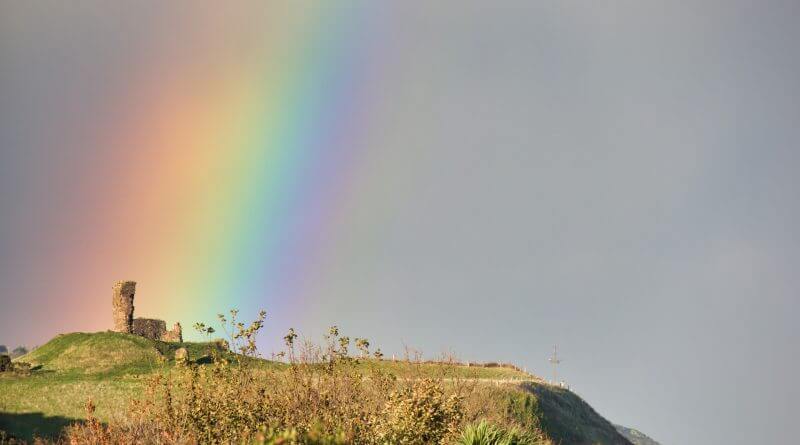 The Northern Ireland government, known as Stormont, has been suspended since 2017, due to political deadlock.  This brings its governance back under UK Parliamentary control, as it is still part of the UK.  UK Parliament has therefore had to take control of government function for the province, otherwise it would be left without governance.  Much of this was to be decided by the Northern Ireland Executive Formation Bill.

UK politicians were given a free vote, without a whip or party stance to support, and the votes were viewed as a matter of conscience.

Hundreds of MPs were not present for the vote, mainly due to other commitments, but some abstained. Theresa May was absent and did not vote.

Pauline Latham, MP for Mid-Derbyshire, voted against both amendments.

With Pride in Belper coming on 3rd August, the question has been raised by concerned residents as to why our MP voted against same sex marriage for Northern Ireland, mirroring her votes in February 2013, when she voted No on the first and second reading of the Marriage (same sex) Bill for the UK.  She later voted Aye at the third reading of the UK bill in May 2013.  These were all also free votes, as a matter of conscience, without a whip or party stance.  Her vote of Aye on the third reading is reported as a rebel vote, meaning that she voted differently to the majority of her party.

Pauline Latham released a statement on Twitter on the topic of her votes on the amendments to the Northern Ireland Executive Formation Bill, 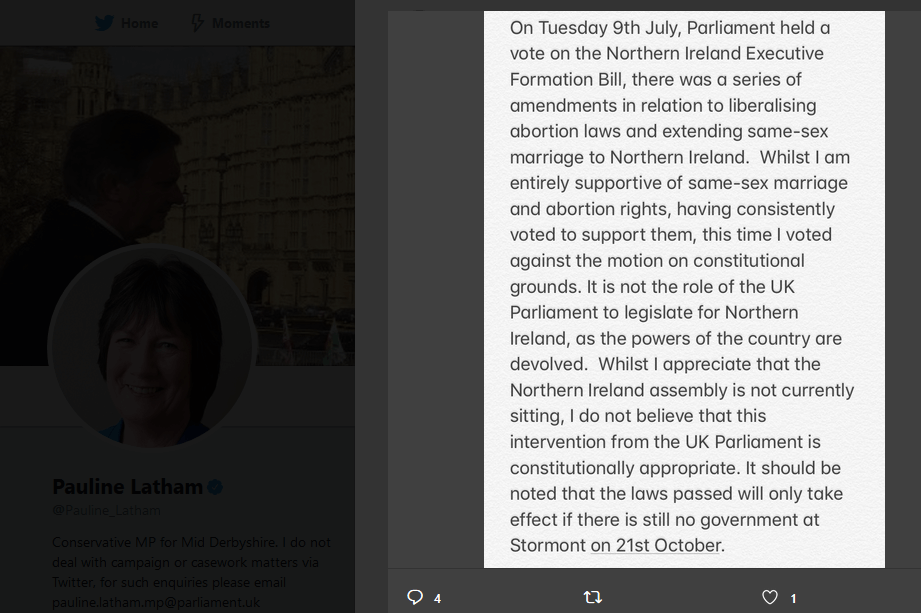 Nailed contacted Pauline Latham to ask her to for a more informative statement on her votes in the context of the questions asked by the amendments.

Addressing both amendments, we asked:

Mrs. Latham responded to those questions by saying,

“The province is stagnating because of the suspension of the Stormont Assembly and allowing such an important issue to be decided by Westminster has created another barrier to the assembly sitting again.

“The reaction of the DUP has validated that view.

“I was convinced that same-sex marriage would rightly be allowed in Northern Ireland in the near future but felt that this decision should be made by the people of the province.

“The debate over this issue would have been a potential trigger for the Stormont Assembly to resume. With this in mind, I voted for what I perceived as the greater good in the very short term.

“This did not mean I am against same-sex marriage. I am not and did vote for it when we legislated for it.”

Pauline Latham will not be attending Pride in Belper due to a family commitment.  She told us that she would attend if she did not have that commitment.