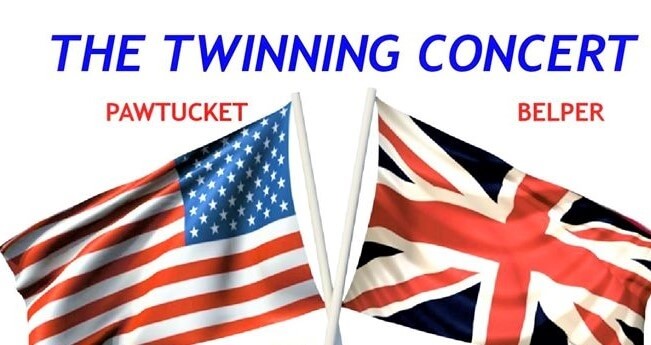 On Saturday 13th July, Belper held a Twinning Concert at St. Peter’s Church, in honour of our guests from Pawtucket.  The line-up was a showcase of some of Belper’s beloved musical talent.

Many old and new friends were there.  The audience contained people that the visitors had met on this trip, from Belper in Bloom, and Love Belper, and the various locations they had toured.  Mid Derbyshire MP Pauline Latham OBE was also present. 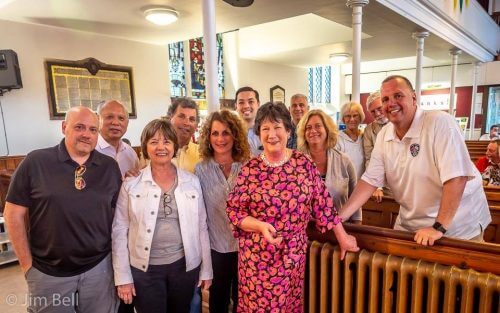 Adrian Farmer presented Bob Billington, one of the original Twinning representatives from 1994 with framed copy of two photographs commemorating the 25th anniversary of our twinning – one of the 1994 signing of the compact, and one of the 2019 resigning.

Introducing acts, concert organiser George Gunby said that it is “a golden age for talent at the moment in Belper.”

The first half of the concert contained local folk favourites:

Pete Castle with his grounded traditional folk, focusing on working class stories, including a feminist tale of a rare female weaver who refused to be defined incorrectly as a spinster. 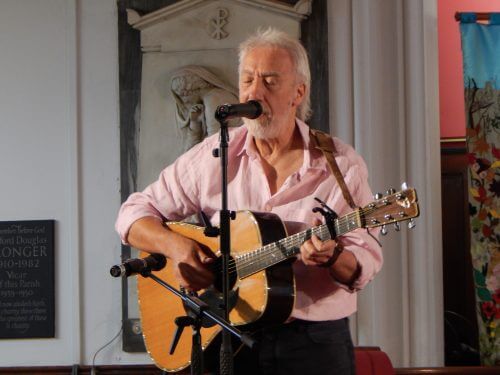 Sue MacFarlane, hypnotically singing about the troubles of regular people, and humanitarian love in her beautiful “Shine a Light”. 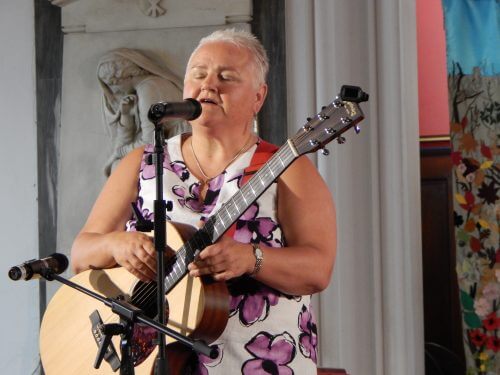 And Mat Williams, singing the now Belper-famous “In 100 Years”, and demonstrating a popular American march in its original form as a British ballad. 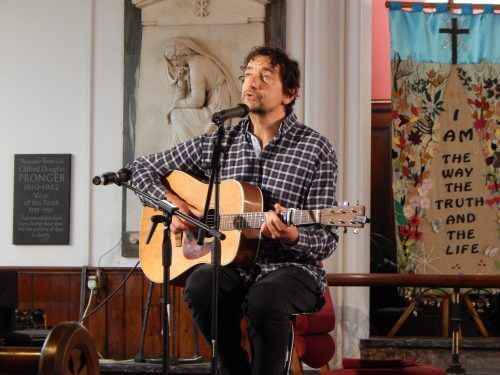 After this first half, film-maker Christian de Rezendes premiered the first 22 minutes of his epic documentary, Slatersville.  Christian has been filming the documentary for 8 years.  This partial premiere showed footage of Belper, as well as revealing the stunning similarities between the Belper, Pawtucket and Blackstone Valley heritage sites.  The film includes many special Belper locations and local figures. There is still filming and production to be completed in Rhode Island before Slatersville is released in 2021. 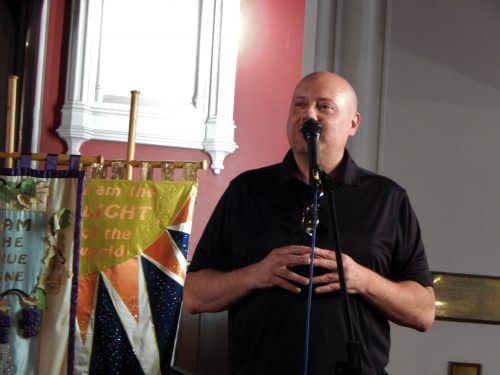 Sue Reaney then performed a fictional letter to Samuel Slater from his mother.  This was written to accompany the Slatersville documentary. Sue has previous links to Pawtucket, through the play Jerry and Betty, about the courtship of Jedediah Strutt and Elizabeth Woollatt, which Sue took to Pawtucket Arts Festival in 1996. 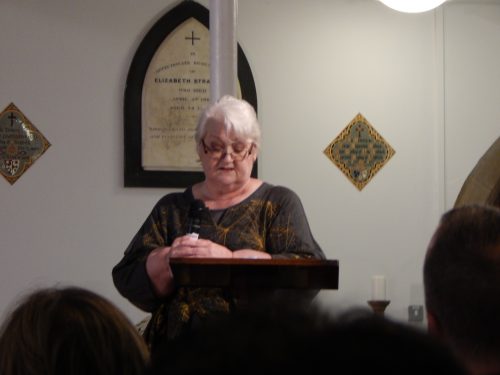 The second half of the Twinning Concert ended with a performance of four pieces by Belper’s own classical pianist, Sergei Podobedov. Sergei played a piece by Beethoven, 2 pieces by Chopin, and a freestyle piece which wandered towards jazz.  Our Pawtucket friends were rather taken with Sergei, and are eager to hear more from him. 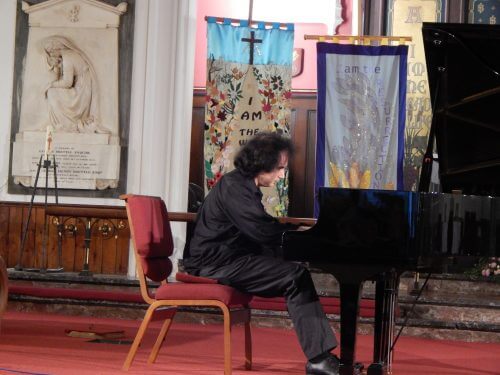 The Pawtucket visitors finished off their inclusion in community events the next day by being part of the well dressing procession and blessings, which can be found HERE.

Marked photos by Jim Bell, all others by Clare Washbrook

This article originally stated that Sue Reaney did not perform due to illness.  This mistake was due to out of date information and Sue not being introduced during the performance.