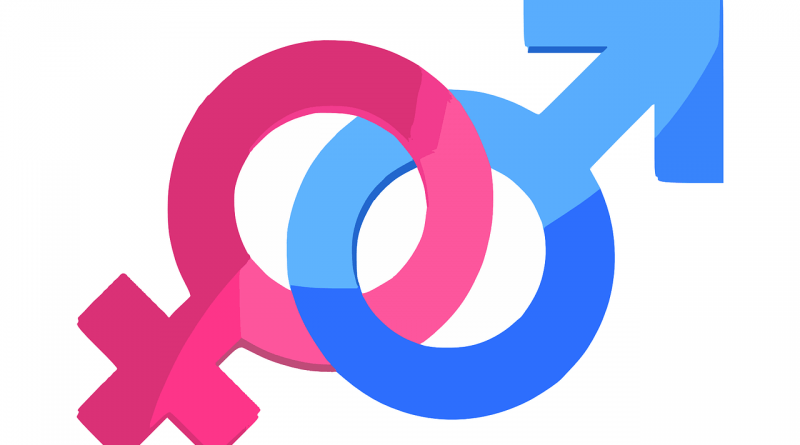 The pay gap between men and women in much of Derbyshire’s NHS has WIDENED.

To follow gender pay gap law, introduced in 2017, public, private and volunteer organisations with more than 250 employees must publish figures detailing the differences between what men and women are paid.  Last year, these companies published their figures for the first time.

At Derby Teaching Hospitals NHS Foundation Trust, women earned on average 86p for every £1 that men earned – but that figure has now fallen to just 83p.

Chesterfield Royal NHS Foundation Trust is the only NHS organisation in the county which has not seen its gender pay gap grow.  At the trust, the gap shrank slightly from 80p to 81p.

The pay gap figures are not released on a like-for-like basis, comparing women in the same role as men. Instead, an average figure for pay for men and for women is calculated.  It is not the same as paying a man and a woman differently for doing the same job – this has been illegal under the Equal Pay Act since 1970.

NHS organisations and local authorities have abnormally large amounts of female employees, which they say skews the figures. Within many of these companies, such as the NHS organisations referred to in this article, of the few men that are employed, most are in the highest wage bracket.

Roger Smith, director of operational HR and workforce integration, at what was once the Derby Teaching Hospitals NHS Foundation Trust (now the University Hospitals of Derby and Burton), said: “Our trust is committed to addressing any imbalance in our workforce and recognises that the gender pay gap information provides a useful measure of any variations between the pay to men and women.  More work is required to understand the issues fully, so that we can address them.  We intend to carry out further detailed analysis through a dedicated task group and we hope to identify any areas of over or under representation which ultimately impact on the results.”

A spokesman for Derbyshire Community Health Services NHS Foundation Trust said: “We will continue to promote opportunities for flexible working, shared parental leave, career progression and promotion, and leadership development opportunities.  Analysis of this year’s results shows we had a significant reduction in the number of females working in the trust over the past year and a contributing factor was the transfer out of our organisation of the health promotion service.  A large proportion of female leavers have been from the higher pay bands. These reasons have been the main contributing factors behind a fall in the average hourly wage for females.”

Derbyshire Healthcare NHS Foundation Trust was approached for comment but had not responded at the time of this article’s publication.

Councils and Other Businesses

Women at Toyota in Derby continue to be paid more on average than their male colleagues.  Female employees based at the car manufacturer’s Burnaston plant earn on average £1.04 compared to every £1 that male employees earn – a slight decrease from £1.06 last year.

Women at South Derbyshire District Council also now earn more than men.  The district council’s figures show that women had earned 96p for every £1, but now that has jumped to £1.12 for every £1 that men at the authority earn.

Female employees at Amber Valley Borough Council also continue to earn more on average than men at £1.16 for every £1 – the same figure the authority reported last year.

In stark comparison, the pay gap for female staff at Chesterfield Borough Council has widened to nearly a quarter and is now one of the largest in Derbyshire.  On average, women at the borough council had earned 85p for every £1 men earn, but that has decreased to 76p for every £1.

To follow gender pay gap law, introduced in 2017, public, private and volunteer organisations with more than 250 employees must publish figures detailing what the gap is.  Last year, these companies published their figures for the first time.

The pay gap figures are not released on a like-for-like basis, comparing women in the same role as men. Instead, an average figure for pay for men and for women is calculated.

It is not the same as paying a man and a woman differently for doing the same job – this has been illegal under the Equal Pay Act since 1970.

Amber Valley Borough Council, South Derbyshire District Council and Toyota were approached for comment but had not responded at the time of this article’s publication.

A Chesterfield Borough Council spokesperson said: “Unfortunately due to significant changes within the authority we are unable to directly compare the 2017 data with the 2018 data.  We need to considerer trend information over a longer period of time to get a more accurate picture of our gender pay gap.  We have however identified one major contributing factor to our pay gap.  The majority of Chesterfield Borough Council services are provided in-house including services which many authorities have either contracted out such as building cleaning or moved to alternative models such as arms-length organisations for example with managing council housing and associated repairs and maintenance. These services tend to have a large gender imbalance, for instance building cleaning employs a large number of female staff whereas the majority of higher paid trades staff and associated professions working in housing repairs and maintenance are male.  These services have a disproportionate impact on our gender pay gap data.”

The deadline to publish gender pay gap figures is the end of March, with some companies waiting until the final hour to release their data.  However, some 11,102 employers have already made their gender pay gap public.

Public schools under the control of local authorities only have to release data if they employ 250 people or more.
Companies with fewer than 250 employees can voluntarily publish their pay gap information.

Here is a breakdown of some of the other Derbyshire organisations which have published their gender pay gaps so far. 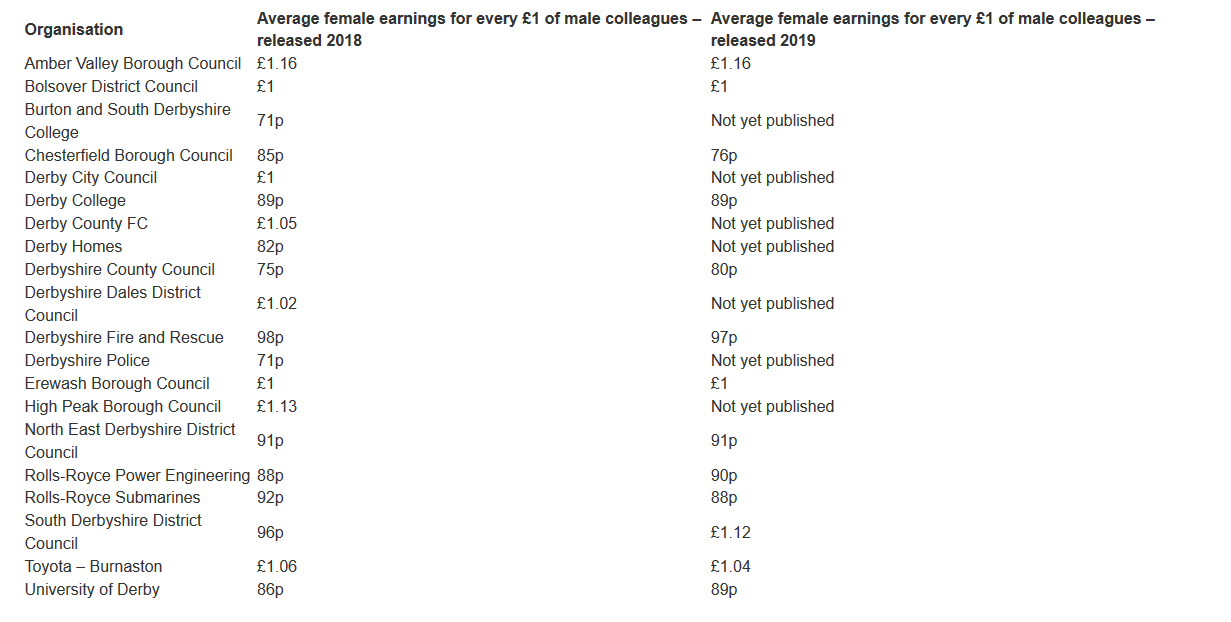