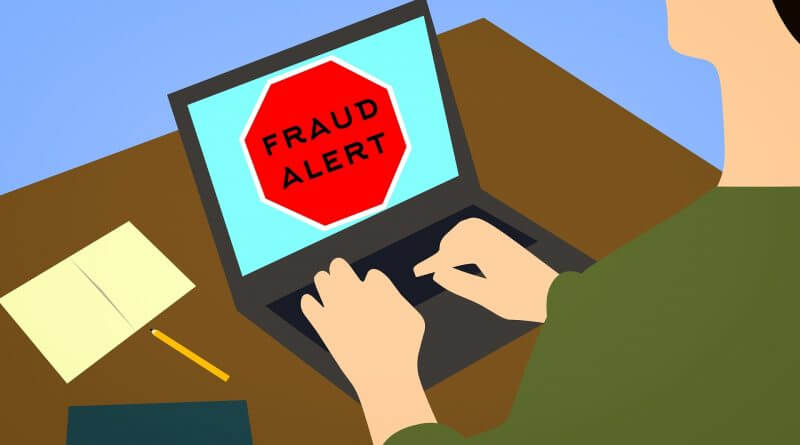 Ransomware is a type of malicious software where criminals can remotely encrypt your device or your files. A pop-up window will appear and demands a payment (usually in cryptocurrency) in ransom for the decryption key.

GandCrab was one of 2018’s top Ransomware strains. Fortunately there is now a decryption tool for the most recent strand of GandCrab that has been released to get back your files without paying the ransom, which could save victims millions in Ransomware payments.

The website www.nomoreransom.org is a trustworthy source that will help you do this for free. If you are a victim the advice is not to pay, because there is no guarantee your files will be released. Please report the incident to Action Fraud immediately.

Tips to protect yourself:
• Don’t click on links in unsolicited emails or from anyone you don’t recognise and aren’t expecting –
• Only visit reputable websites
• Make sure your software and apps are up to date
• Ensure you have updated and effective anti-virus software
• Regularly back-up your important data (kept separate to your computer) and regularly test it!

Derbyshire County Council’s Trading Standards Service has received an enquiry from a member of the public in the Belper area who has received a letter purporting to be from Severn Trent.

The letter was hand-delivered through the letterbox, with the person’s address freshly hand-written, and asked for the person’s details (including date of birth) in order to set up the account for the water rates.

The letter carried a poorly-copied Severn Trent logo at the top.

Severn Trent plc has confirmed they do not hand-deliver letters to customers and this is not their correspondence.

Derbyshire County Council’s Trading Standards Service would urge people not to respond to any unusual post without checking with their utility provider first. To do so, please use the official contact details found on their website or previous bills.

Officers are warning the public of an ongoing tax scam targeting Derbyshire residents.

In recent days there have been numerous reports of people being contacted by scammers posing as HMRC officials.

The criminals say that the person could be arrested or prosecuted at court due to unpaid taxes. They are then told this can be avoided if they immediately pay the balance by bank transfer or by purchasing iTunes gift cards and giving the details over the phone to the scammers.

If the victim is hesitant or refuses to comply, the suspect makes a threat such as immediate arrest, bailiffs or in cases where the victim appears to be of overseas origin; deportation.

Often, but not always, the date from which the tax is owed is from such a long time ago that records may not be easily accessible.

Once the money is paid the suspects sever all contact.

Recently in Derbyshire a victim paid out nearly £2,000 and other victims have previously been defrauded for similar amounts.

Fraud Protect Officer Tammy Barnes, said: “Ahead of the self-assessment tax deadline on January 30 we have seen an increasing number of reports about this scam.

“HMRC officials will never contact you in this manner and will certainly never ask for a direct payment bank payment or by iTunes vouchers.

“Never feel pressured or rushed into making a decision and if you receive a call of this nature then hang up and report it immediately using the 101 number.

“I would also urge people to speak to anyone who they know may be filling out a self-assessment return in the coming weeks or may be particularly vulnerable due to their age or circumstances.”

If you are in doubt about a call you receive, call HMRC back from a different phone and if using a landline always listen for a dial tone before making a call. You can also contact Derbyshire Constabulary via our social media accounts or calling 101.

A pensioner from Derby who paid £3,500 to a romance fraudster has warned others to be wary of online conmen.

The woman in her 70s, who wishes to remain anonymous, told of how she was conned into handing over thousands of pounds over a three month period.

The fraudsters initially contacted her on Instagram – where she liked to keep in touch with friends across the UK.

She said: “The first messages were just very friendly. They messaged me every day asking how my day had been and what I had been doing.

“This went on for around six weeks and I had no reason to believe they weren’t who they said they were.”

The widow, whose husband died 24 years ago, thought she was speaking to a 60-year-old major general in the US Army.

She said: “He told me that he was deployed to Afghanistan but that he needed some money to be able to access his account.

“He asked me to buy some iTunes cards so that he could get the money from them and get access to his account.

“I went to a number of different places getting the iTunes cards and spent several hundred pounds in one day.”

The victim sent the fraudster the codes on the rear of the cards and the money was redeemed from them.

The requests for cash continued and the fraudster even went as far as getting her to pay for a fictitious parcel that was full of jewellery – including a ring.

A fake shipping document was sent over showing tens of thousands of pounds owed to customs to release the package – something the victim was told she must pay.

She said: “I didn’t tell anyone, I didn’t know how I was going to get the money. I left it for about six weeks before it just so happened that my daughter saw the texts and told me that what was happening wasn’t right.

“This conman told me that when he retired he was going to come over and we were going to be married. Looking back now I think ‘how could you be so stupid’.

“In all I sent £3,500 to him. Some of that money was on a credit card and some of it was a loan from the bank. I have to pay that money back now out of my pension.”

The victims experience has left her shaken and untrusting of – especially when it comes to the online world.

She said: “I question everything and everyone now, it’s a terrible feeling. I have made all of my social media accounts private and if I am concerned about someone I report them immediately.”

And she has this one simple piece of advice for anyone who is approached online: “Don’t listen to a word they say.”

She said: “The conmen are so good at what they do. It’s almost like they are reading from a script. Every time I had a question they had an answer that seemed so plausible and I was suckered in.

“If anyone is approached online just take a moment and think about who you are talking to – because I wouldn’t want anyone to go through what I went through.”

LOOKING FOR LOVE ONLINE? TIPS ON HOW TO STAY SAFE

You can find more information and advice on fraud on the Derbyshire Constabulary website: http://www.derbyshire.police.uk/Safety-advice/Cybercrime/Cybercrime.aspx

If you recieve contact which sounds like any of these frauds and scams, please report it to local police using 101, and to Action Fraud on 0300 123 2040, or via their website: https://www.actionfraud.police.uk/

Action Fraud is the branch of the police dedicated to dealing with these kinds of crime.