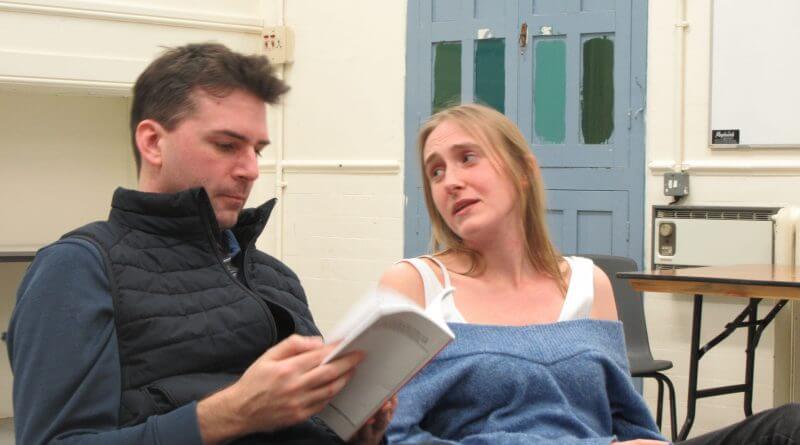 Jim Cartwright’s gritty play Road will be performed in Belper in April.

The play is a snapshot of one evening in the life of a run-down Lancashire street, as seen through the eyes of local wideboy Scullery. Jane Wilton is directing for Belper Players.

Jane, who revived the classic Billy Liar last year in an award-nominated production, said: “Road is in turns raw, sharp, poignant, desperate and laugh-out-loud funny. All human life is here.

“Despite their problems, the residents of Road are a strong community, and we’ve really been working on that sense of community spirit in rehearsal. It’s the largest cast I’ve ever directed and everybody is working very hard.”

As ever, Jane is finding much of her inspiration in music. Although the play is set in the 1980s, she has been drawing on music which captures the mood, rather than staying faithful to the pop music of the era.

“So I’ve been listening to IDLES, The Specials, Billy Bragg, Patti Smith, Bob Dylan, and even a bit of Lee Marvin. I like to come up with a theme tune for each character to help the actors see where I’m coming from.”

There are some new faces in the large cast, including Johnny Vincent, singer of the Derby band The Ruins, who was persuaded by Jane’s musical influences.

“It’s going to be a highly entertaining and thought-provoking evening,” Jane added. “Although the play’s premier was in 1986, the question is raises today is what has actually changed. Sadly, there are still too many people who are left behind in life.”

Road by Jim Cartwright will be at The Strutt Centre, Derby Road, Belper, from Wednesday 10th to Saturday 13th April. Performances are at 7.30pm, with a Saturday matinee at 2.30pm. Tickets are £10 each, and £8 concessions (first night only). To book, follow the link at www.belperplayers.com or call 07544 374088. Because the play contains very strong language and adult themes, it is unsuitable for those aged under 16.