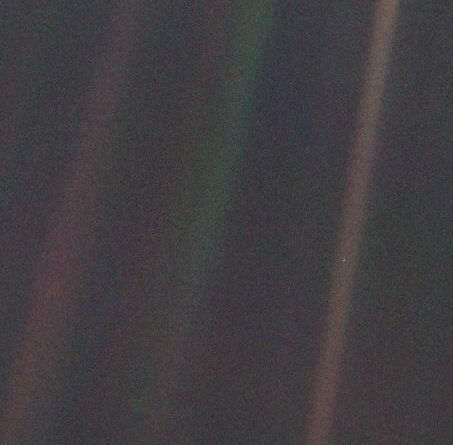 The brightest object in the night sky this month (apart from the Moon) is the star, Sirius. Jupiter and Mars (paired with Antares) can be seen early in the morning, before dawn. Later in the month we may be able to spot Venus, early in the evening, just after sunset.

You Cannot Be Sirius!

Sirius, also known as the Dog Star, is the brightest star in the night sky and at 8.6 light years away is one of the nearest stars to us (after the Sun of course). It shines brightly in the southern part of the sky and is easily spotted “barking” at the heels of the constellation of Orion the Hunter. Find the three stars that make up the belt of Orion and then trace a line down to the left to find Sirius. If you can find Sirius you have also found the constellation of Canis Major (The Great Dog).

Sirius is a white / blue star but its light seems to flicker through many colours as it shines through the turbulence of Earth’s atmosphere. As such it is a star that actually twinkles in the evening sky. There is a image of all its apparent colours here: Colours of Sirius.

The Seas of the Moon.

The 2 supermoons in January have generated a lot of interest in the Moon. If you want to understand the surface of the Moon in more detail there is a good guide on the Sky at Night webpages here. Pete Lawrence’s Moon Guides.

A good place to start is to try and identify the seas of the Moon as most of these can be seen with the naked eye (for other observations you will need binoculars). The seas of the Moon (or Mares) are actually plains of solidified lava which appear as dark areas on the Moon’s surface. They also have good names, for example: The Sea of Tranquility, The Sea of Serenity, The Ocean of Storms and The Sea of Nectar. To find out more use the identification guide here: Seas of the Moon.

On the 23rd of February the Moon will be close to the red star Aldebaran (the Bull’s eye in Taurus). Look towards the south from 6.00pm onwards.

Jupiter is a bright object rising at about 2.00am at the beginning of the month and by midnight towards the end of February. Look towards the south to see it. It will be close to a waning Moon on the 8th of February – just before dawn.

Mars is harder to see and lies low in the southern part of the sky, rising about 4 hours before dawn. On the morning of the 9th of February it will be below a waning crescent Moon. Also look out for its pairing with the red star Antares (Mars and Antares being of equal brightness and colour). The pairing is best seen in the week beginning the 5th of Feb to the 11th. You will need a low horizon, as Antares lies below Mars.

At the end of February we may be able to see Venus in the night sky. Look towards the west. You will need a very low horizon to see it – but if this is the case it will be easy to spot around 30 minutes after sunset.

The Spot the Station site is currently showing viewing opportunities from the 5th – 13th of February. ISS appearing in a time slot between 5.43pm and 8.20pm. On the 6th, 7th, 8th and 10th of February ISS will make two passes, separated by about 95 minutes.

How to Make Scientific Instruments Out Of Cardboard.

Nailed is running a Plastic Free February theme so, in that spirit, it is worth giving the small company Astromedia a mention.

Astromedia aim to produce scientific instruments and educational models using kits made of cardboard. I used their solar projector box in 2016 to view the transit of Mercury and have used it since to view sunspots. Their kits need a little skill and patience to construct (for older readers think of Airfix models) and you have to be careful not to get glue on the optics. The use of cardboard as their primary material enables them to produce some innovative products at reasonable prices. Check out their catalogue here:  Astromedia.

On February 14th 1990 the space probe Voyager 1 turned its camera backwards to take a “portrait” of the Solar System. The resulting image of the Earth (see above, courtesy of NASA) became known as the “Pale Blue Dot.”

When the picture was taken Voyager 1 was 4 billion miles from Earth. From this distance the Earth is a mere point of light. In the picture (processed by NASA) Earth is a pixel sized dot, located in a band of light caused by the Sun dazzling across the image. In a speech given at Cornell University, Carl Sagan said the following about the “Pale Blue Dot”:

We succeeded in taking that picture [from deep space], and, if you look at it, you see a dot. That’s here. That’s home. That’s us. On it, everyone you ever heard of, every human being who ever lived, lived out their lives. The aggregate of all our joys and sufferings, thousands of confident religions, ideologies and economic doctrines, every hunter and forager, every hero and coward, every creator and destroyer of civilizations, every king and peasant, every young couple in love, every hopeful child, every mother and father, every inventor and explorer, every teacher of morals, every corrupt politician, every superstar, every supreme leader, every saint and sinner in the history of our species, lived there on a mote of dust, suspended in a sunbeam.

There is an animation of the rest of the speech here: