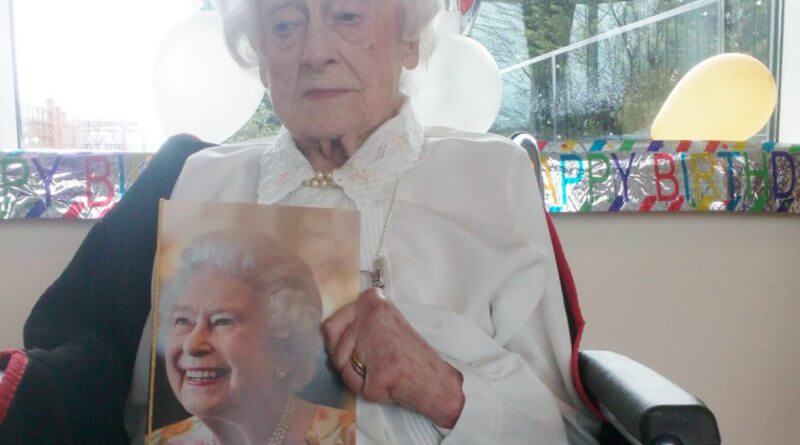 Christine, who has two children, four grandchildren as well as great grandchildren received a card from the Queen to congratulate her on reaching another milestone birthday.

Donna Stanton, activity co-ordinator at Spencer Grove, said: “She had her hair done lovely on the Sunday morning, in preparation for the afternoon’s celebrations.”

The 106-year-old has lived at the care home owned by the Milford Care group, for six years.

Christine married her husband, Frederick at Wirksworth Church, when she was 22.

The happy couple ran a tobacco shop in Wirksworth during the Second World War, selling loose tobacco by weight. They also had two evacuee boys from Manchester living with them.

Birthday celebrations were organised by the staff at the care home and Christine’s family.

“We put banners and balloons up to help with the celebrations and she had a nice birthday cake.”

“We just wanted to make the day special for her,” Donna added.

Christine put the secret of her age down to never having smoked or drank much.