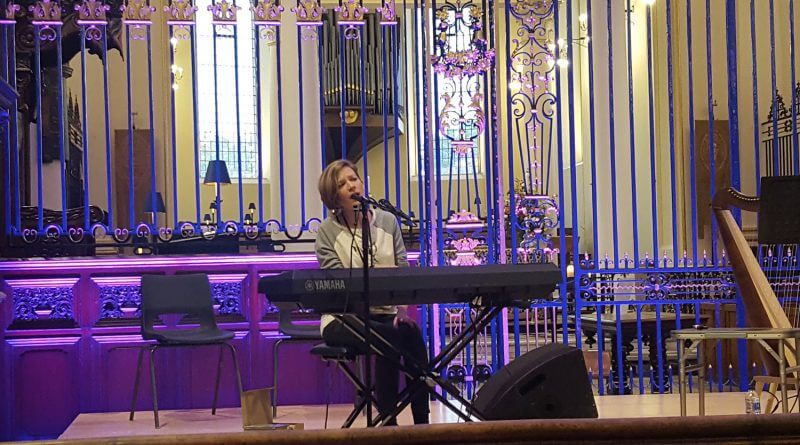 The 2017 Derby Folk Festival is the most successful yet. Now in its 11th year the event, which ran from 6 – 8 of October, had record ticket sales and saw hundreds visiting the city.

Visitors came from across the country including Exeter, Leeds, Chester and Oxford demonstrating the benefits of continuing to make Derby a vibrant place to visit.

The Cabinet Member for Leisure, Culture and Tourism, Councillor Amo Raju said: “This event is one that is firmly seen as highlight of the cultural calendar, not only here in Derby but also in the world of folk music. Events like this secure Derby’s place as a great place to live and work and visit.”

Highlights included Friday night headliners and multi BBC Radio 2 Folk Award winners Oysterband. Celebrating 40 years together, the band proved why they are long-standing festival favourites with a set filled with fantastic tracks from throughout their career. The very last performance by Coope Boyes & Simpson was an emotional experience for all, and featured great music and words filled with laughter and tears. The trio were joined by guests from their record label, No-Masters (including O’Hooley & Tidow, and members of Chumbawamba), and Canadian trio Finest Kind even flew in specially to join them for the performance.

Saturday night headliners Show of Hands, came to the festival in the middle of their “Cathedral Tour”, and were on fine form. Powerful songs, and wonderful musicianship from the ever popular trio saw the City Marquee full to capacity. False Lights made sure that the eleventh Derby Folk Festival closed in fantastic fashion, as they gave a full-on folk rock performance, previewing new songs from their forthcoming album.

Patron Lucy Ward: “It is an absolute pleasure to be here. This festival, being folk music, celebrates tradition and heritage and reshapes that into something new and exciting and forward looking.”

“Derby Folk festival seems to have become a place where families come, they reunite, they spend years coming here or perhaps it’s the one thing they are going to do this autumn. It’s so inclusive and continues to be inclusive, not only for people of all ages, but in the most diverse sense of the word. ”

In the spirit of inclusivity the festival had an extensive series of fringe performances spreading the festival feel far and wide across the City centre. The Old Bell hosted more than twenty free fringe performances over the weekend. Many streets around the City were brought to life by numerous dance acts, locations included the Market Place, Sadlergate, Cornmarket, St Peter’s Cross and The Spot.

On the Friday night Dr John Tams spoke highly about the legacy of BBC presenter Andy Potter, calling him: “A great ambassador, not only for Radio Derby, but for the breathe of coverage he gave to arts and culture in its many and diverse forms driven by a deep and personal commitment to its subject and its listeners.”

Tams pleaded the BBC for better arts coverage in the area with a new arts programme. Arguing the case that “diversity and creative arts are in need of support and encouragement” and that a replacement show could  celebrate the region and bring the community together.

The eleventh Derby Folk Festival was supported by the Cathedral Quarter Derby, St Peters Quarter Derby, Visit Derby and Thornbridge Brewery which helped make the festival such a great event.

Derby LIVE have already announced that the twelfth Derby Folk Festival is scheduled to take place between Friday 5 and Sunday 7 October 2018.