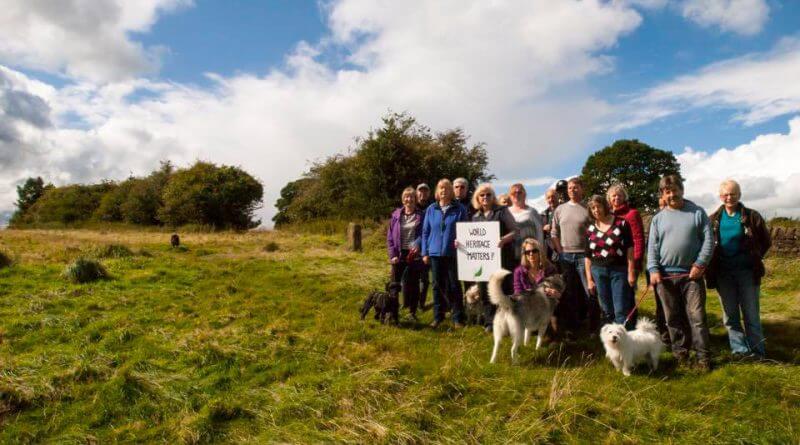 This is despite significant opposition from locals, Belper Town Council, Historic England, our MP, and the Derwent Valley Mills World Heritage Team. The plans include demolishing Whitehouse Farm, which is where vehicular access to the Site will be achieved.

These plans, if given approval, will put the whole of the DVMWHS in peril. So many people and organisations worked so hard to gain World Heritage Site status for the Derwent Valley. This was in order to protect our very special Heritage, and AVBC, with this one act can wipe away all that work.

The land is in the Buffer Zone of the DVMWHS, specifically created to protect the Outstanding Universal Value of the World Heritage Site. The OUV of a WHS designation is what makes such a place so worthy of International protection; in this case it is the RURAL setting of the Mills, especially in the upper reaches of the Valley, “arrested in time”. By allowing these said green fields to be concreted over to build houses, AVBC are removing the very heart of our treasured WHS designation. It not only affects Belper, but the whole of the 24 km stretch of the DVMWHS, as it will set a Planning precedent.

Not only are the fields being lost, but Whitehouse Farm has recently been designated as a World Heritage Site Attribute, and in allowing this to be demolished, another significant local Heritage Asset will be lost forever.

It is not that Belper residents are against housing, there are a number of brownfield sites in the town that could be developed to provide the housing quota for our Area. We want them to build there, not on the Green fields. In a recent decision in July, there was almost no opposition for plans to build approximately 130 houses on the former brownfield ‘ABRU’ Site on Derby Road. 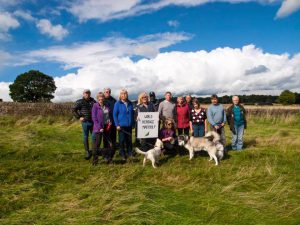 AVBC argue that the ‘public benefits’ of the housing Development outweigh the harm to the Heritage assets, which is why they are recommending approval. We dispute this.

A World Heritage Site has the highest of protections, both Nationally and Internationally, and yet, AVBC are ignoring this. It is shameful.

It is topical that last month, UNESCO gave Liverpool Council notice that it would withdraw their World Heritage Site status, should the Council continue with their plans to build inappropriate developments in their WHS. This could happen to us here; if AVBC allow houses to be built on these precious Green fields they are allowing the destruction of the RURAL setting of the Mills. This is the exceptional reason why the Derwent Valley Mills achieved their unique status, and why we must fight to prevent this Development.

In March, the Secretary of State for Culture, Media and Sport, made a speech to the G7 Culture ministers Conference in Florence. The Secretary said that: ‘the Government that I represent has a vision of a genuinely global Britain. And we will do all we can to help protect the world’s treasures and places.” She was speaking specifically about the destruction of Heritage assets from terrorists and vandals in hotspots around the World. Here, it may not be terrorists using pick axes and sledgehammers, but Planners using Bureaucracy and Bulldozers to destroy our Heritage.

Further on in her speech she said that if terrorists destroyed Michelangelo’s David, the “entire world would share in the agony and the outrage.” She concluded by saying that we all have an obligation to protect him (David).

For us here, the rural setting and green fields of the Derwent Valley Mills World Heritage Site is OUR ‘David’; everyone’s “world treasure.” As a community we are asserting our right to protect it.

You can help us by showing your support to save our unique Heritage.

Join us at 6pm outside Ripley Town Hall on Monday 18th September. It will be discussed by AVBC’s Planning Board from 7pm, and the FINAL decision made during this meeting.

4 thoughts on “Residents Fight To Save The DVMWHS!”