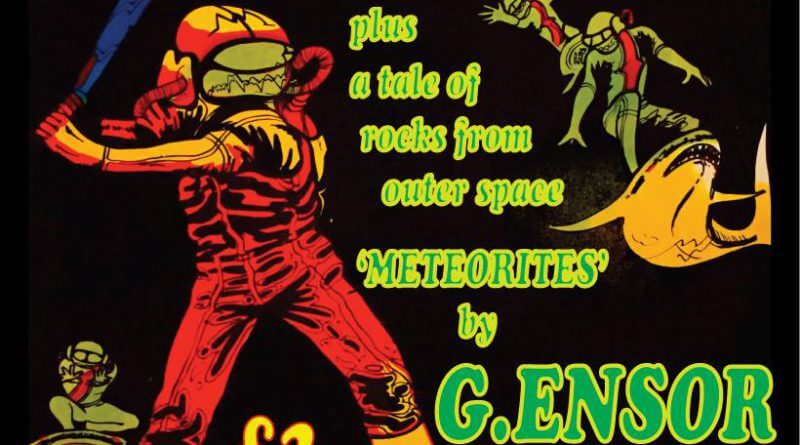 Fresh from releasing their debut album ‘Algol’ via the Brighton based Drone Rock Records Label, Stupid Cosmonaut land in Belper this coming Summer.

Formed in 2016 in the north west of England, Stupid Cosmonaut draw inspiration from science fiction and the cosmos to create beautifully haunting visions of a not too distant dystopian future (Smith, 2016). The self confessed space addicts will be transmitting their cosmic score in the experimental KUNST shed this coming June so scrap the camping trip & book it in ya diary ‘cos we also have a stupendous mind bending lecture planned about the rocks that fall to our beloved planet from outer space.

Meteorite expert Graham Ensor has been collecting, hunting and researching meteorites for over 15 years and uses them in outreach exhibitions to promote the British and Irish meteorite Society and to contribute many specimens to various Universities and Museums for research and display.

He has built up one of the largest private collections in the UK and will be bringing along a selection, including Lunar and Martian samples, to handle and study after the talk which will focus on the Barwell meteorite and other extraordinary falls. Barwell is the UK’s largest meteorite fall and had it’s 50th anniversary recently.

It fell only a few miles from Derby and was important as it changed how we thought the solar system evolved through studies of minerals and inclusions found within.

Tickets are available on the door for £3, starting at 7pm.