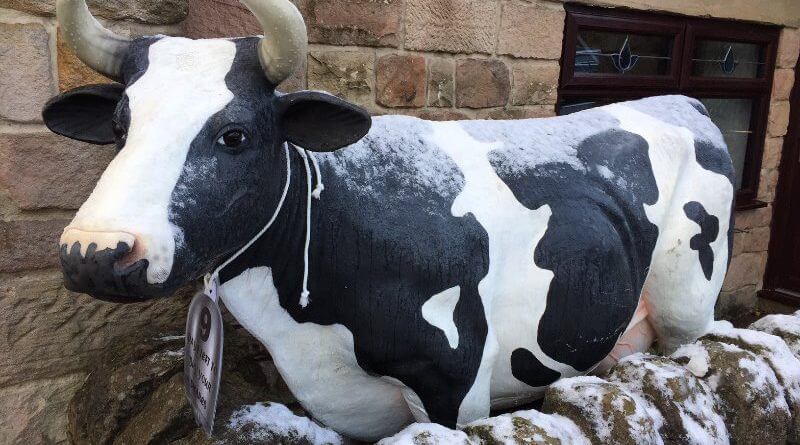 The Holbrook Community Society are attempting to save their village pub and create a new community hub.

The Spotted Cow building dates back to 1604 and it has been a public house and focal point for village life for over 150 years. The pub was closed in 2014 and has remained empty since.

In November of last year the community agreed with local councillors to refuse planning permission for change of use and partial demolition of the pub based on the fact that the Spotted Cow is an Asset of Community Value. The councillors challenged the local community to come up with the money to buy the pub.

Shortly afterwards those concerned established a Community Benefit Society with the purpose of buying The Spotted Cow and began to raise funds.

Stephanie Limb, from the Holbrook Community Society, said: “This project is about saving a village pub from developers but also about saving village services and creating a sustainable community.”

“Our intention is to create a community owned asset in the heart of the village to incorporate the pub, a café, bed and breakfast and to bid for the post office contract too as our local postmistress needs to retire and the post office is in her house.”

The current owner notiﬁed Amber Valley Borough Council in September 2016 that he intends to sell the Spotted Cow as an ACV (Asset of Community Value). Under the ACV legislation they are now in a moratorium period, which ends on 18th March 2017.

With such a tight deadline the Holbrook Community Society have set about raising funds quickly and have already reached the sizable amount of £163,850 invested from 188 people. The group launched a Crowdfunder campaign in January and produced the accompanying ‘The Spotted Cow moovie’ to explain what they are doing. It is being shown in the Ritz this week as a trailer before each film.

Alongside this funding the group has also had a loan agreed in principle from Co-operative and Community Finance, which has allowed them to bid for the site. They have bid £450,000 as a joint bid with a local developer, Chevin Homes. The bid is for the pub and car park and the builder is bidding separately for two building plots at the back of the pub, however both parts of the offer are dependent on the other being accepted.

Stephanie, speaking on their current situation, said: “Our offer has been left on the table for the owner at the moment. The building does need some refurbishment as it has been empty for a couple of years and was stripped by the receivers.”

One thought on “Community Group Steps Up To Save Holbrook Pub”