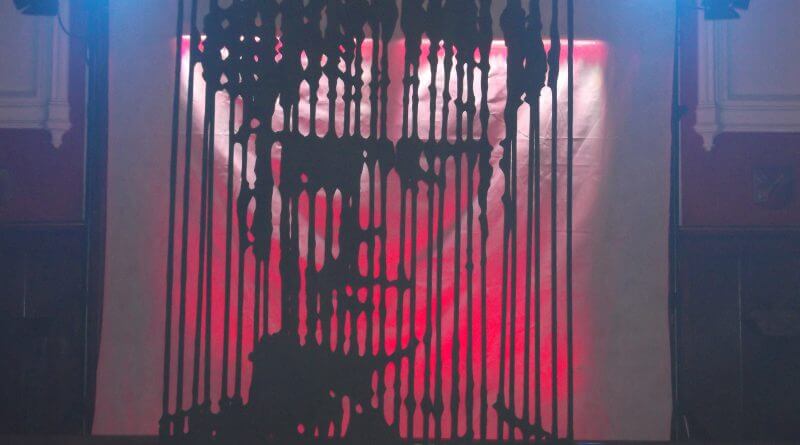 Belper has moved a step closer to having an installation of a new World War One sculpture.

At the latest meeting of Belper Town Council the site for the sculpture in the Memorial Gardens was approved, subject to planning permission.

“Sacrifice,” by Belper artist Andy Mayers, began life as the backdrop to the Somme commemoration ‘The Fourteen’. It was clear from the public response that there was a demand for “Sacrifice” to become a permanent feature. Belper Town Council held a site meeting in the Memorial Gardens with members of the WW1 Commemoration Group and this was followed by the site approval at a full Council meeting.

Belper Town Council said: “we are delighted to site the “Sacrifice” sculpture in the Memorial Gardens. The sculpture will look very impressive in its chosen site and will be a poignant reminder to the people of Belper of the sacrifice of the men that died in the First World War.”

“Sacrifice” is constructed using thirty ‘spears’ of various shapes. It will be manufactured from corten steel, the same material used to build the Angel Of The North. When the spears are in place they reveal the face of Lance Corporal Jim Green of the Sherwood Foresters.

Before joining the army, Green was a coal hewer at Denby Colliery and a popular local footballer.