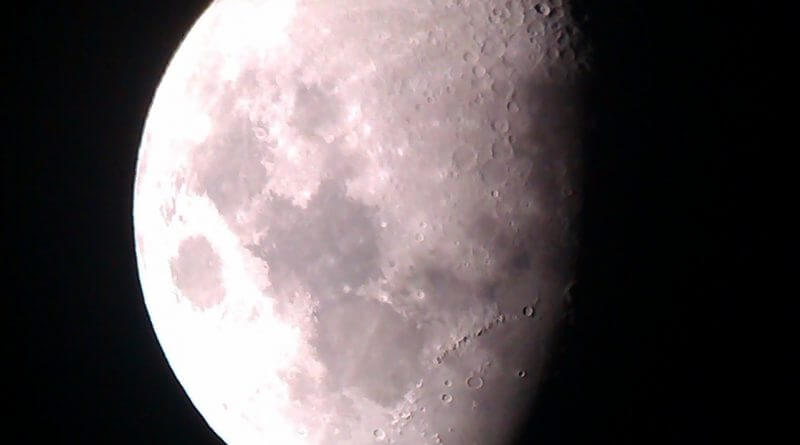 Late October has a number of astronomical events of interest to the casual astronomer, in particular a chance to see the Orionid meteor shower, the possibility of locating the planet Uranus and an interesting alignment of the planets Venus and Saturn with the bright red star Antares.

Normally meteors appear randomly and sporadically out of the outer nothingness of space, but meteor showers are regular, annual events identified by their radiant point (the point in space where the meteors appear to originate from).

The Orionids are the result of the space dust left behind by Halley’s Comet and their radiant point is in the constellation of Orion the Hunter. If you see a meteor in late October it is likely to be an Orionid. Orionids are fast moving and they will sometimes produce bright meteors which leave glowing trails, so they are worth looking out for.  They are best viewed in the early hours of the morning when the radiant point is overhead (between 1.00am and 3.00am). The meteor shower is predicted to peak on Thursday 20th October through to the early hours of the 21st, when the expected rate is around 20 meteors per hour. As with all meteor showers all you need to do is to look up and to have a bit of patience, however on the peak night a gibbous moon will drown out all but the brightest meteors. Looking upwards, put the moon behind you to improve your chances of seeing more.

Orionids can be seen up to the 26th of October, so don’t just go out on the peak night, grab any clear moonless night and you may see one or two.

Throughout October the planet Uranus lies in the southern part of the constellation Pisces. Uranus can be observed through binoculars and a small telescope will reveal it as a small disc with a pale green-blue tint.  To locate it precisely you will need a star chart, or an app like “google sky map” on android or “skyview” on IOS. The planet just about forms a line with the stars Epsilon Piscium and Delta Piscium and spotting it will be a good challenge for the casual  astronomer.

On the 27th of October there is a near vertical alignment of the planets Saturn, Venus and the bright red star Antares. This will appear low in the south-west just after Sunset.

The Belper Astronomy Group is now holding regular meetings in the top bar of the Queens Head, Chesterfield Road, on the 1st and 3rd Thursdays of the month from 7.30 pm onwards.  The next meeting is the 20th of October followed by a meeting on the 3rd of November.  More details can be found by contacting Andrew at SV4B@outlook.com