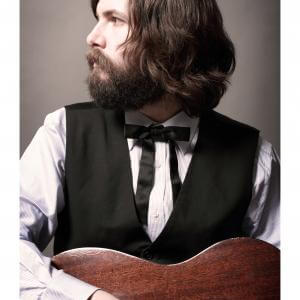 M.G. Boulter is a virtuoso pedal steel guitar player enjoying great respect within the musical community, Boulter brings his own songs and music to his Belper debut.

A chance meeting in Cardiff with Simone Felice, late of the fabulous Felice Brothers, led to a new world of musical adventures and collaborations leading from his native Southend-on-Sea to the Catskills USA. Already gaining attention from fronting his own band The Lucky Strikes, Martin’s exploration of roots music flourished and informed his own writing.
Now relocated on The Thames Estuary, Martin’s songs are infused with something of the area’s bleakness combined with acute observations of life and character.

On this occasion he is accompanied by keyboards, double bass and fiddle.

Support comes from JiJi who needs no introduction to devotees of the local scene.

A night of perceptive songwriting with a strong roots flavour.