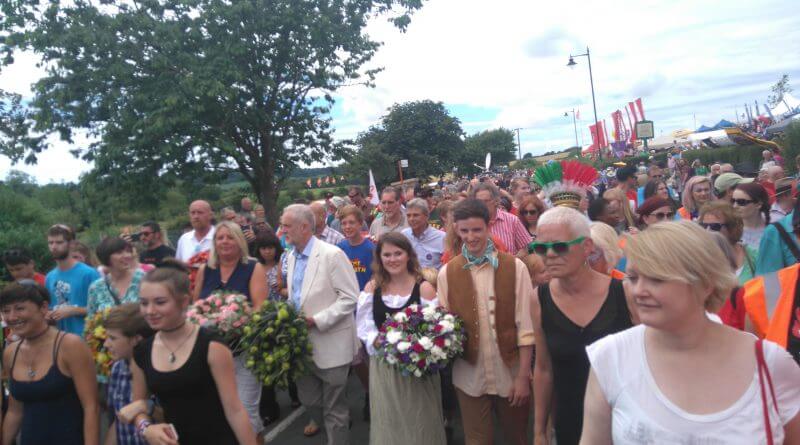 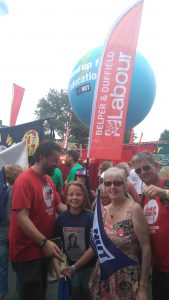 The Tolpuddle Martyrs were a group of 19th century Dorset agricultural labourers who were famously arrested for and convicted of swearing a secret oath as members of the Friendly Society of Agricultural Labourers. You can read about the history of the Martyrs here.

The festival is a mix of speakers, debates and bands mixed with 3000 campers and an excellent bar. There is an open mic opportunity, poetry sessions, a kids zone and a variety of food stalls.

Friday was a chance to set up and then choose between various talks, music sessions and workshops before either resettling down in the big marquee, the bar or round the campsite. Musical highlights were Comrade X, Wimmins Institute, Dream Nails, Imprints and Rob Heron & Tea Pad Orchestra.

Music on Saturday gradually ramped up with sets from Joe Solo, Elvis McGonnogal, Jess Green, and the Mischief Theives. Comedienne Kate Smurthwaite made us all laugh before a grandstand finish from the headliner the Tom Robinson band , who had hits with ‘2,4,6,8,Motorway’ and ‘Glad to be Gay’.

Sunday started in a more peaceful way, with music and speakers before the laying of wreaths dedication at martyr Thomas Hammett’s grave in the churchyard. The walk to the church was lead by Jeremy Corbyn. As soon as word of the Labour Leader’s presence got out the streets were thronged with supporters desperate for a glimpse. I was lucky enough to share a joke or two with Jeremy about our battle to become Beard Liberation Front Personality of 2016. Jeremy signed a white boot for me as a memento of the occasion. 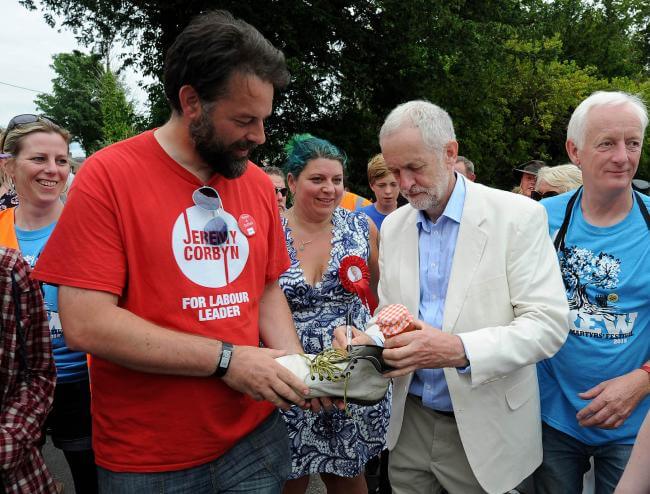 Soon it was time for the procession through the village. It is a sight to behold. Representatives from union branches and Labour branches from across the country form up and march through the village and back, accompanied by brass bands, samba and singing. An estimated 25000 people attended the speeches from Trade Unionists, actress Maxine Peake and then (to a rapturous reception) Jeremy Corbyn. The festival was played out first by Ferocious Dog and then Dreadzone.

Tolpuddle is so much more than a music festival. The beer, cider and food are great, the weather is great and the sun always shines. But most of all, for me, it is a chance to reflect on a time when a group of workers risked everything, when living in debt with an income of 9 shillings a week against a cost of living of 13 shillings, to band together in defiance.  And most of all I go to celebrate their eventual victory.