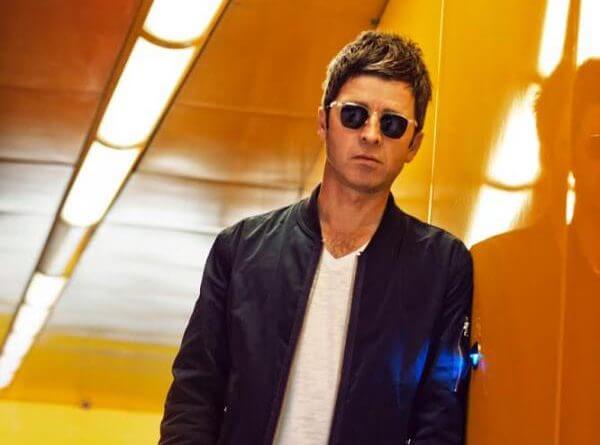 The lord of lad rock, Noel Gallagher, swaggered onto his temple of high indie with all the ease of a heavyweight boxing champion. As the centrepiece in the Y Not crown, Noel Gallagher’s High Flying Birds should have been the highlight of the festival, but it was a set that frequently failed to ignite interest in the twenty-five thousand strong crowd.

Noel Gallagher is not known for his warm and playful banter. He is one of music’s great grumps, a curmudgeon who regularly delights in cutting down indie minnows with his sharp tongue and wry sense of humour. Not much of that acerbic attitude was on display tonight. A few jokes here and there about which festival he was playing at and the greatness of his home town, Manchester, were all he said.

Opening with the suitably epic stomper ‘Everybody’s On The Run’ from his debut album, Gallagher’s sound was bolstered by a quality brass section and tight backing band. Pacy ‘In Heat of The Moment’ and the slinky acoustic psychedelia of ‘Riverman’ were probably the point where the wheels started to fall off. Whilst good songs in their own right, they just didn’t have the weight or familiarity to keep the attention of the arena crowd.

One of the problems for solo artists continuing in the wake of gargantuan success is when to – and indeed whether or not they should – play tracks from the glory days or carve out a whole new path for themselves. ‘Half The World Away’, this time dedicated to “the Royle Family”, sat neatly with ‘If I Had a Gun’, but tracks like ‘She’s Electric’ came over as dated fan service. Perhaps, after touring Chasing Yesterday for a year and a half, the fatigue of being on the road has started to kick in. Whatever the reason, his heart didn’t seem to be in the performance.

Pleasing a festival crowd is never an easy task. Understandably, Gallagher leaned hard into his Oasis back catalogue and it was tracks like ‘Masterplan’ and ‘Champagne Supernova’ that got the less than enthusiastic members of the crowd to take notice. Even the coldest hearted cynic couldn’t help but get a little emotional at the sight of the entire festival singing along, word for word, to ‘Wonderwall’ and ‘Don’t Look Back In Anger’.

Whether you loved it, or were ambivalent to Mr Gallagher’s High Flying Birds, you had to appreciate the lasting lineage that Oasis have had on the music industry. It could be felt throughout the festival, from the choruses of Catfish and the Bottlemen to the earnestness of The Sherlocks.