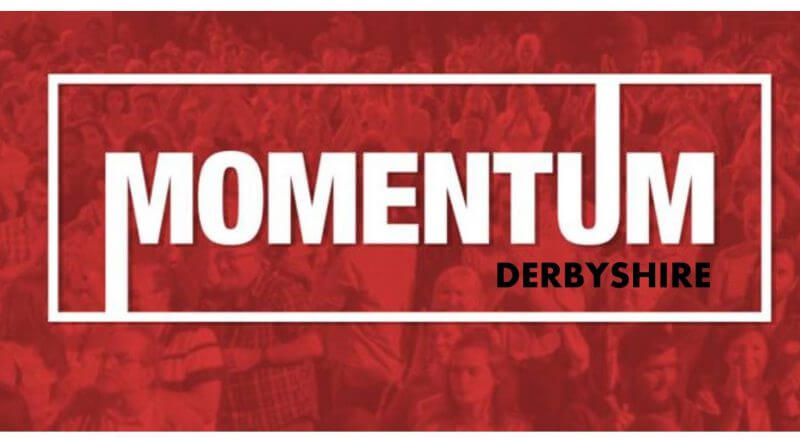 The Derbyshire chapter of Momentum, the Labour Party support group that focuses on Jeremy Corbyn’s leadership, is holding a rally on Saturday in support of the democratically elected leader of the Labour Party against the coup to depose him.

The response of some members of the Paliamentary Labour Party to the referendum vote has been a rabid push for Jeremy Corbyn to resign, despite having gained the support of nearly 70% of the Labour party members for the Remain campaign in a tireless effort up and down the country.  Jeremy Corbyn was elected by over 60% of the Labour party members in an entirely democratic OMOV (one member one vote) election which saw him as the majority winner by a volume of votes that is a record for any British party leader.

The rally is pitched as protecting democracy and that is accurate, especially considering that  coup orchestrator Angela Eagle’s own constituency party backs Mr. Corbyn and has called for her to represent them by supporting him too.  Her coup, which was allegedly planned months before the opportunity of Brexit and the tabloid/Murdoch media bias around Corbyn presented itself, continues. Jeremy Corbyn has secured more than 500,000 Labour members to date, more than doubling membership, with 100,000 joining since the referendum.

Mr. Corbyn’s economic policies have been applauded by economists, who now recognise that austerity does not work as an economic policy and is increasing Britain’s economic problems.  He has also been shown to have been on the right side of historic decisions when governing politicians of all parties, including Labour, were not.  British people have overwhelmingly favoured his leadership and now Derbyshire people have a chance to show that.

Rallies only work with good media representation and good numbers attending.  Nailed will be covering the event, as will Unity News.  Feet on the ground are what is now needed.  Can you be there?

The event is outside St. Peter’s Church in Derby at 12pm this Saturday (9th July).

There will be speakers from all over Derbyshire, including Belper.  The current list of speakers is:

If you would like to speak at the event you can get in touch with Momentum through their Facebook page or sign up to the event here.