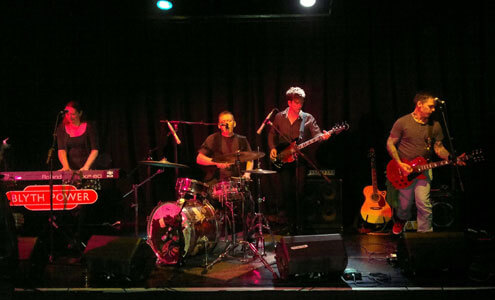 Probably the quirkiest artists of the folk/punk revolution, Blyth Power return to Belper in their acoustic format. Fueled by the lyrics of Joseph Porter whose words roam effortlessly from the demise of Mary Queen of Scots to modern military incursions, few bands can claim to have a wider human scope in their repertoire. Their latest record ‘ Women and Horses and Power and War’ is no exception and well worth a listen.

Now this gig also features contributions by an acoustic Headsticks, Chris Butler and Sue Macfarlane thereby becoming something of a midwinter festival. The event also celebrates the birthday of a local dignitary, a man of infamy and mired in corruption who has now reached an age where he can speak scathingly of young people and shake his stick at you in the streets. In a rare moment of philanthropy he has pledged that after the artists have been paid, any surplus will go to Hope for Belper.

Early bird tickets soon to be available at the venue or contact mjones572@hotmail.co.uk