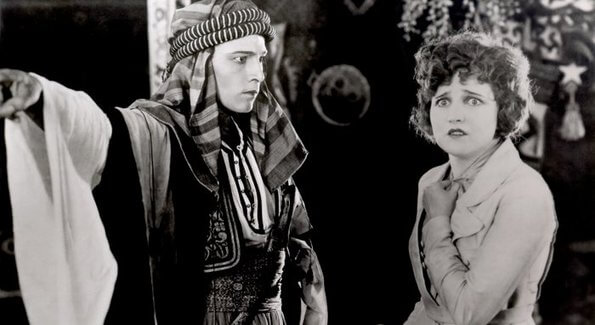 There are a number of local sites linked to literature. Cromford has Alison Uttley. Darley Dale bags Richmal Crompton. Wirksworth has the George Eliot/”Adam Bede” connection and Chatsworth gets to be the inspiration for “Pemberley”. More tentatively, Samuel Johnson married at St Werburgh’s Church in Derby and Bud Flanagan’s “Underneath the Arches” was written about Friar Gate Bridge, just around the corner from there.

In terms of sales, scandal and influence on popular culture however, none of these can claim quite the level of success of Hazelwood.

Edith Maude Hull was the wife of Percy; a “Gentleman Pig Farmer” (by which we assume he was a gentleman who happened to farm pigs, rather than being any kind of a slight on the man’s character) living at “The Knowle” (now the HQ of Lubrizol). During the First World War, Percy being in uniform, Mrs Hull began writing romantic fiction and met with a certain amount of success. It was after the War, though, that everything took off for her.

“The Sheik” (1919) was an instant sensation. The torrid saga of an English rose imprisoned in the Algerian Desert by a brutal, controlling Arab Lord (who turns out – spoiler ahead – to be the son of an English father and a Spanish mother… Okay – I have no idea how that works, either…) and subsequently falls beneath the spell of his manly charms.

To modern readers – indeed, to many of the more discerning readers of the day – it’s a pretty hard slog. She’s very good on “desert”, is Mrs Hull (she had visited the region years earlier with her well-travelled parents), and manages to come up with as many words for “sand” as we’re told Arctic folk have for “snow”. She’s less good on “physique”, though – we’re told at various times that just about every part of Ahmed Ben Hassan (Anglo/Spanish, remember?) is “steely”; from his thighs to his gaze and pretty much everything in between. The novel’s dialogue is pretty rum – Mrs Hull’s answer to the question “How would an Arab warlord speak?” seems to have been “A bit like Mr Darcy – but saying “Insha Allah” a lot.” The book is racist, too, in the way that only books written in Britain at that period could be. The kind of unthinking racism that would have made Kipling think she’d gone a bit far. Compared to “The Sheik”, “King Solomon’s Mines” would sound like a press release from the GLC’s Equalities Unit, circa 1985.

But racism, dialogue, overdone sand and metallurgical descriptions of physique aside, the thing that makes “The Sheik” REALLY difficult is the rape.

There’s a lot of it. Not only that, but it’s one of those yarns where our Heroine is eventually “won over” by the act. As dangerous ideas go, that one’s pretty near the top, quite frankly. That business about Hassan turning out to be “European”? That makes the rape “alright” in the book’s own terms. He may be a rapist, but at least he’s a (half) British rapist, by God…

In short, then, we’re looking at the “Fifty Shades of Grey” of its day. Minus the literary excellence.

And looked at in those terms, “The Sheik” certainly was. Controversy helped, of course (one critic dubbed it “salaciously poisonous” – which would be worth sticking on a book jacket anytime), and it sold millions of copies around the world.

The next stage, then, was for Hollywood to take an interest.

Jesse Lasky was one of the founders of “Hollywood”. A decade earlier he had set off with a young Director – Cecil B DeMille – from their New York base to a fruit farming area on the outskirts of Los Angeles to find locations for an epic western, “The Squaw Man”. Finding perfect weather, dirt-cheap property, and every possible setting available within an hour’s drive, they set up shop there and invited their colleagues to join them.

In those first few years of the industry, film companies were formed, flourished and died within very short periods. They were the dot coms of their day. “Lasky/Famous Players” was on the up and up, though – and they had a hot young star who’d just burned up the screen with his first starring role and the hunt was on for the follow-up.

‘Rodolfo Alfonso Raffaello Pierre Filibert Guglielmi di Valentina d’Antonguolla’ was a name they’d have to invent a bigger billboard for, which is why they settled on “Rudolph Valentino”. He may have been known at the time as a terrible actor (He was. There’s no denying it.), but he could move, he could smoulder, and he was buff – and that, strangely enough, turned out to knock “acting” into a cocked hat. Go figure. 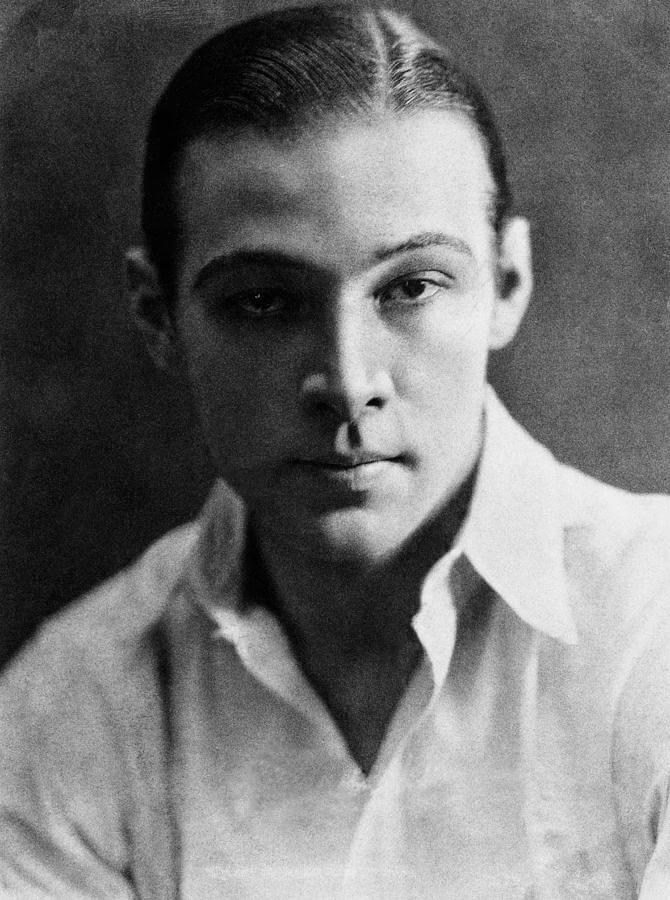 His tango sequence in “The Four Horsemen of the Apocalypse” had been such a hit that Lasky had thought to reissue it as a short, trimmed of all that boring “narrative”, “story” and “other people” that surrounded it. It made as much money as a five-minute short as a feature.

“The Sheik” and “Ruldolph Valentino” arriving at the same time (it was 1921 by this time) was perfect serendipity. The book was purchased (for $10,000. A considerable sum at the time, but one which Mrs Hull later complained was too low) and a production hurriedly put together. It was released in October of that year and broke all box office records. Costing something less than $150,000, within a year it had made two million. “Lasky/Famous Players” became “Paramount”, Valentino became the second biggest star in the world (Chaplin was number one) and “The Sheik-Mania” (as “Variety” dubbed it) spawned a hundred cash-ins, imitators and spoofs, from a rival film, “The Arab” (made by Rex Ingram and starring Ramon Navarro – it’s actually a far better movie) to a Disney cartoon “The Shriek”, popular songs and a range of condoms…

Time hasn’t been kind to the film version. Valentino is stilted, co-star Agnes Ayres is possibly a little more… matronly… than one might have expected (at times it’s a little like watching Zane Malik getting it on with Hattie Jacques. You can thank me later for the mental image) and the coy representation (or rather lack of) a particular central theme leads to a film that makes zero sense to anyone who hasn’t previously read to book. Luckily for Messrs Lasky and Valentino, of course, that happened to mean “no-one in 1921”.

Despite feeling aggrieved at having sold “The Sheik” for merely a “huge” sum of money, rather than a “stupendous” amount, Mrs Hull duly produced a sequel “Son of the Sheik” (much the same as the first) which became, sadly, Mr Valentino’s last film before his tragic death at just 31. It was rushed into release by the sensitive Mr Lasky just a fortnight after he succumbed to peritonitis, and made more than the first one.

Edith Hull wrote many more novels over the course of her career, none of which were filmed or achieved anything like the success of “The Sheik”. She remained at The Knowle until her death in 1947. She’s buried in the churchyard of St John’s there.