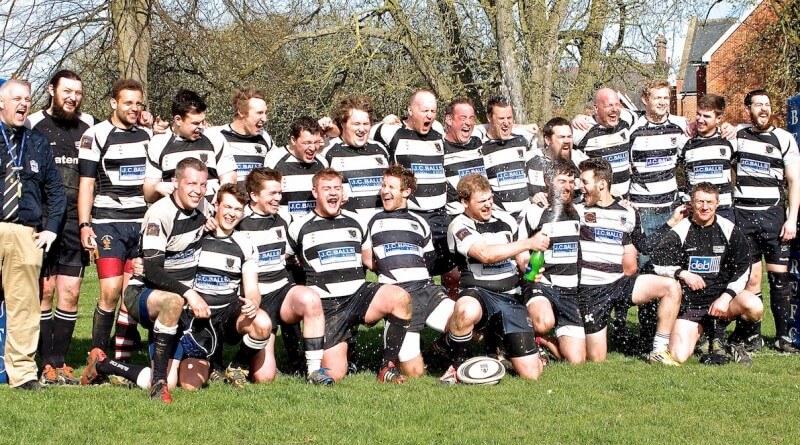 As the rain poured down in fits and starts on the muddy fields of Belper RUFC on Saturday 12th December, the players and fans were in high spirits for the team’s league match against Grimsby.

The Grimsby team (headed by coach Martin Simons) appeared to be the physically stronger side but Belper coach Simon Carter was quietly confident, shouting advice and encouragement to his men.  Tom Matthew (Belper’s number 7) had a lovely deflection early on in the first half despite the mud making it difficult for both teams to get much purchase on the ground; slipping and sliding on the mud Frank Watson of Belper went down, earning us our 2nd penalty and was up almost immediately to join in with the first big scrum of the match. Grimsby were playing hard and Belper looked to be struggling as Matthew Pettiford scored a try for Grimsby and achieved the conversion, taking the score to 6-7 to Grimsby. Half way through the first half, the referee Gary Platts gave another penalty to Belper, kick to start, successfully cleared and Belper were back in the game scoring a try and achieving the conversion. There was excitement from the fans as James Nailer made a valiant run for Belper in between the legs of several Grimsby players. Tom Stones (number 15) was stopped from play after he received a nasty cut above the eye but was determined to continue playing and returned for the second half. The half time score was 13-7 to Belper.

Entering the second half Belper and Grimsby looked to thrash the other after Tom Powell of Belper was mown down injuring his shoulder and forcing him off the pitch. Referee called off side to Grimsby giving Belper a vital penalty, kick to touch and got the ball out. A yellow card for Grimsby player Jake Mckay after another big scrum and the game really started with both teams fighting for every inch of pitch. An awkward scrum later in the second half saw Belper player Tom Matthew down with a suspected hamstring injury and he had to be carried off for medical attention. Another try for Grimsby quickly followed but they failed to make the conversion giving the Belper team and fans reason to hope. Another 2 tries later for a jubilant Belper who won the game after much struggle and injury. Final score 23-13. Man of the match was Tom Matthew who had played beautifully until his unfortunate injury.