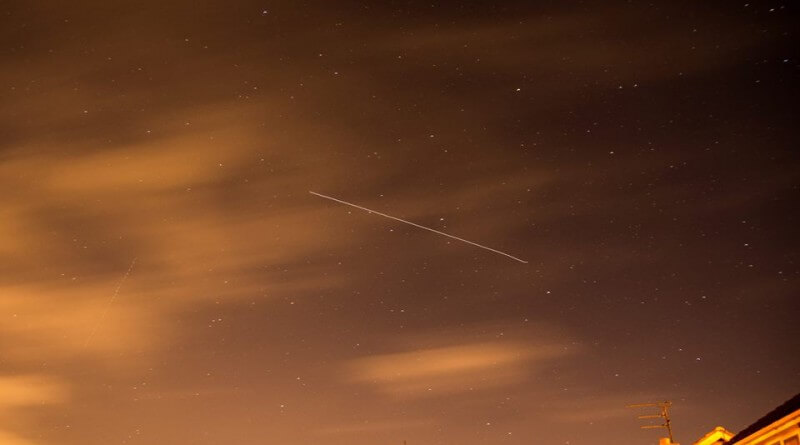 The peak of the Geminids Meteor shower on Sunday night / Monday morning was clouded out over most of the UK and, unfortunately, there was no break in the clouds over Belper. Although the meteor shower has peaked, Geminids can still be seen up to Wednesday night / Thursday morning (16 / 17th of December) but you will have to stay out longer to see a meteor (5-10 an hour would be considered a good viewing rate). If there is a break in the cloud cover over the next few nights they can be viewed from around 9.00 pm onwards and observers need to look in a southerly direction. Best viewing will between 2.00 am in the morning and a couple of hours before dawn.

The meteor shower takes its name from the constellation Gemini which is where the radiant point of the shower appears to lie. Although the meteors can be traced back to Gemini it isn’t necessary to find the constellation, as long as you are looking upwards you have a good chance of seeing a meteor. Remember to wrap up warm, find a place without too much light pollution (so you can see a dark sky) and look up towards the south. Happy viewing, and let us know how many Geminids you saw.

The Geminids are slow moving meteors and, as such, they rarely leave behind glowing trails, however, they are bright and some are intensely coloured. So look out for bright streaks of light some of which can shine red or yellow.

What are the Geminids?

This is also a good time to get a sighting of the International Space Station, as it will be flying over the UK over the next couple of weeks. The ISS can be seen early on in the evening (generally between 5.00 and 7.00pm) and it is quite an impressive sight. Nasa provides an excellent service which gives the precise times for ISS sightings, and even provides alerts. How to spot the ISS can be found here: