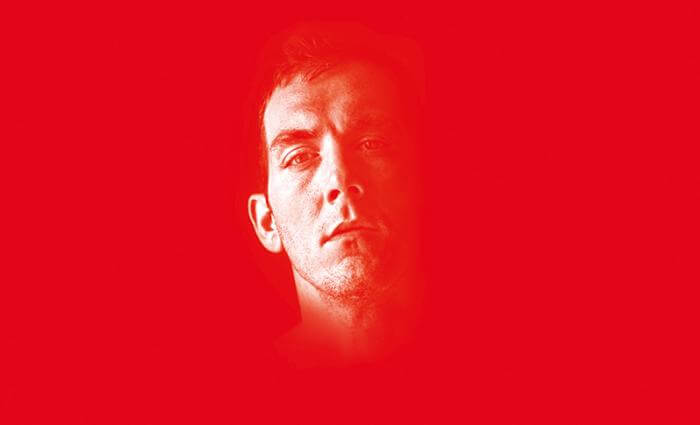 From home-grown productions of ground-breaking plays to fresh and thrilling re-tellings of classics; fabulous shows for all the family to exciting and eclectic touring shows; cutting edge and contemporary Studio shows to a wealth of insightful workshops and engaging participation opportunities for children, young people and the community; spring 2016 at Derby Theatre once again promises an exciting theatrical ride for audiences and participants of all ages.

To launch into their spring 2016 season in spectacular style, Derby Theatre are set to produce, during the 60th anniversary of this seminal play, John Osborne’s ground-breaking classic, Look Back in Anger. A play which smashed onto the scene and changed the face of British theatre in the mid-1950s, by placing on stage the voice of the ‘Angry Young Man’, Look Back in Anger will be presented in co-production with Octagon Theatre, Bolton. On from Friday 4 until Saturday 26 March, the play has a huge local resonance, as it is a strongly autobiographical piece which suggests it is based on Osborne’s unhappy marriage to actress Pamela Lane, and their life living in a cramped flat in Derby during the 50s. Directed by Sarah Brigham, Look Back in Anger promises a stellar cast, searing drama, sizzling passions and a truly memorable night out at the Theatre.

Other Derby Theatre productions for next season include: Jinny and JOAN, both shows being part of the Theatre’s RETOLD series, which looks to crack open the classics from the perspective of the female characters. Jinny, on from Mon 7 until Wed 23 March, is inspired by Look Back in Anger and places the voices of Derby’s women centre stage to become today’s angry young women, the perfect companion piece to Osborne’s classic. Presented in association with Milk Presents, JOAN is a clever re-telling of the Joan of Arc story, a fearless show about what it means to stand out, stand up and stand alone, performed by the remarkable Lucy Jane Parkinson aka LoUis CYfer, drag idol champion 2014. JOAN returns to the Studio following an incredibly popular and successful run at the Theatre earlier this year.

Touring theatre for next season promises top quality entertainment and includes: The Great Gatsby by Blackeyed Theatre in association with South Hill Park and Eastbourne Theatre, a sizzling new stage adaptation bringing to life the glittering decadence of America’s Jazz Age, on from Tue 9 until Sat 13 February; The Damned United by Red Ladder Theatre Company and West Yorkshire Playhouse, a gripping play about the beauty and brutality of football and Cloughie’s journey from his beloved Derby County to Leeds, the team he hated the most, on from Thu 7 until Sat 16 April; Terrence Rattigan’s Flare Path, a major revival of the epic wartime romance from the same producers of the hit touring production of Birdsong, on from Tue 19 until Sat 23 April and The Mousetrap, Agatha Christie’s legendary, record-breaking, box office smash-hit thriller, on from Mon 6 until Sat 11 June.

Studio shows include: Crazy Glue, a tragicomedy about loss inspired by Etgar Keret’s short story; Locus Amoenus, a piece of theatre which looks at our visions of paradise and how we struggle to get a little closer to them; Land of our Fathers, a play packed full of blistering comedy and which echoes a generation of lost voices from the 70s; A Machine They’re Secretly Building, which charts the course from the secrets of WWI through to 9/11 and the erosion of privacy; Transports, a beautiful, heart-breaking, yet funny, play inspired by a Kindertransport refugee which interweaves film and a powerful underscore and jumps in time between the 1970s and WWII; Punching the Sky, a new play about porn, parenting and pressure which combines live performance with animation and an original score; Schlock, a theatrical journey through texts and voices pregnant with pain and pleasure, mothers and babies which will also be captioned and BSL interpreted; Whiskey Tango Foxtrot, a hilarious heart-warming adventure based on Rebecca’s time in the Royal Air Force serving queen and country during the Falklands War; Call Mr Robeson, a rollercoaster journey through famous actor, singer and civil rights campaigner Paul Robeson’s remarkable life; I, Malvolio, a re-imagining of Twelfth Night from the point of view of Shakespeare’s pent-up steward, presented by ‘one of the smartest artists making theatre in Britain now’, Tim Crouch; Football Manager Ruined My Life, a play which explores if Tony could have achieved more had he not spent the past 20 years playing video games; A Girl & A Gun, a show about girls, guns and one which asks what it means to be a hero; Learning How To Die, a not-too-morbid show about death, how we may accept mortality and how this play might just change the way you live and Women’s Hour, a cabaret piece about when women are given just one hour a day to think what it is to be a woman.

Family Theatre shows include: Grass, a wonderful and insightful quirky dance show perfect for 2 – 4 year olds about the world beneath their feet featuring worms, slugs, snails plus the spontaneous outbreak of ant dancing which uses puppetry and projection to inspire little ones to look closely at the world around them; My Marvellous Machine, a magical and musical show for 2 – 6 year olds which features live music, puppetry, songs and a very sleepy chicken; Nothern Ballet’s Tortoise & the Hare, a perfect introduction to ballet for young audiences based on the much-loved Aesop’s fable, and as part of the first ever live tour for this Cbeebies craft hero, Mister Maker and The Shapes will be dropping in at Derby Theatre for a visit packed full of arty adventures, super songs and crazy creations, where he will also be joined by his colourful all-dancing friends Circle, Square, Rectangle and Triangle too.

Derby Theatre Youth Theatre will present two brand new stories from Tue 22 until Thu 24 March in the main house. The 8-10 and 11-13’s groups’ shows will explore what it means to be a hero – from possessing super powers to having a heroic role in history. Derby Theatre Youth Theatre will ask the audience to use their imagination as they take them on a journey using storytelling, physical theatre and much more. Production titles to be announced soon.

For children and young people at Derby Theatre, performance and participatory opportunities include: Connections 500, the National Theatre’s annual festival of youth theatre shows, where young people in the region will get the chance to perform and participate in a range of performance and arts related activities and to see a wealth of exciting new plays from young writers; Youth Theatre for ages 8 – 19; Young Technicians for young people aged 11 – 19 who are looking for technical hands-on experience in theatre; Theatre Thinkers, a group who work together with our Creative Learning Associate to decide on how we can make Derby Theatre more exciting and relevant for young people and Derby Theatre Half Term workshops, the chance to learn skills and work as a team to create a mini performance, on from Mon 15 until Wed 17 February.

Derby Theatre will once again offer Theatre Unwrapped next season to share the process of theatre-making, a wealth of unique and exciting FREE opportunities for novices and professionals to ‘unwrap’ the whole theatre experience. Available on Look Back in Anger, a small group of participants (per session) can Unwrap Lighting, the Fit-Up, the Final Stages and Stage Management, to gain a fascinating insight into all these processes and areas of the production process. Theatre Unwrapped sessions have limited availability.

To celebrate their 40th anniversary and spring 2016 season, Derby Theatre are offering their lowest priced season ticket deal ever, where you can see 4 shows for only £48 per person (specifically: Look Back in Anger, The Great Gatsby, The Damned United and Flare Path).

Find out more about the Season Ticket here