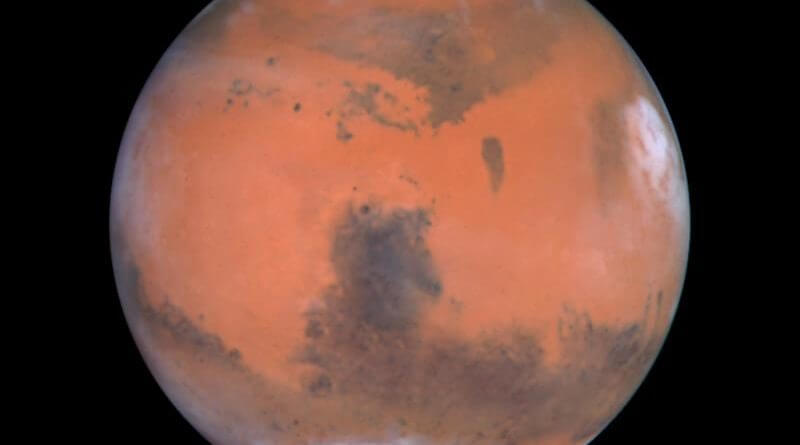 In September’s Night Sky. A good month to view: Jupiter, Saturn and Mars. Venus shines bright in the early morning. A video guide to the late summer constellations. Russian Sci-Fi.

Viewing on the peak nights of the 11th, 12th and 13th of August was poor. On the 11th: hazy clouds reduce visibility, lightning storms on the northwest horizon added to the problems, lightning lightening up the sky. In the end I gave up and watched the storms instead. On the 12th: clouded out. On the 13th (early AM): Hazy, patchy clouds and a half Moon rising. A bright meteor, seen heading towards the southeast, below Mars. Very bright and fast, long trail. Stayed out a bit longer but no more seen.

The Constellations of the Late Summer Sky.

The Society of Popular Astronomy has produced a very good short film showing the major constellations and stars in the August and September night sky. The guide, shot in real time and with a commentary by Robert Scagell, shows you how to spot: Jupiter and Saturn; the constellation of Aquila; The stars of Altair, Deneb and Vega, forming the Summer triangle; the constellation of Cygnus; the small constellations of Delphinus the dolphin and Sagitta the arrow; the constellations of Lyra, Hercules, Corona Borealis (the Northern Crown), Capricornus, Sagittarius and Aquarius. See it by following the link here: Late Summer Skies on vimeo.

The Moon appears to be close to Mars on the nights of the 5th and 6th of September.

The crescent Moon appears to be close to Venus in the morning hours of the 14th September.

The Moon will appear to be close to Jupiter and Saturn on the nights of the 24th and 25th of September.

The Harvest Moon (1st of October).

This year the Harvest Moon will appear on the 1st of October. The Harvest Moon is the Full Moon closest to the Autumn equinox, which this year falls on the 22nd of September.

Mars: Now visible from 10.00pm onwards, look to the east. Distinctly red and getting brighter throughout the month. It will appear to be close to the Moon on the 5th and 6th of September. This month and early October will be a good time to view Mars, telescopes may even reveal surface features such as Syrtis Major (a dark area on the surface of Mars, first documented by Christiaan Huygens in 1659).

Jupiter: Jupiter shines brightly in the south. It is quite low down in the sky – but above roof top height for most of the evening, setting after midnight. Binoculars will show four of its moons. Jupiter is a good object to look at through a telescope. Most astronomy telescopes will show Jupiter’s equatorial bands. Larger scopes will reveal the great red spot.

Venus: Now very bright in the early morning sky, it rises in the northeast, visible before dawn. On the 14th it will make a nice pairing with the crescent Moon.

Russian Sci-Fi (Give It A Go).

Lockdown has led to some strange places. A recent discovery has been the Russian Film Hub. Compiled by Richard Wess, a fan of Russian and Soviet cinema, the Hub is a collection of Russian and Soviet films spanning all genres and dating from the 1900s onwards. Most of the films are free to view, have english subtitles and, at the moment, seem to be advert free. The Hub has a small collection of science fiction films, which are surprisingly good. Highly recommended are Kin-dza-da (a satirical comedy set on a dystopian planet); Dust (described as an existential drama with elements of the fantastic; and, although it is more satire than sci -fi, The Heart of a Dog – all excellent films.

One for fans of Sci-Fi only, is Planet of Storms – a 60’s SFX spectacular involving: a Soviet expedition to the planet Venus, a Robby the Robot clone, carnivorous plants, dinosaurs, and a dash of Greek mythology.

Give it a go! You won’t be disappointed. Russian Film Hub Sci-Fi Movies.

Up to the 8th of September all sightings of ISS will be in the morning hours between 2.57 am and 5.20 am. Check at Spot the Station for further details, and for sightings in September after the 8th.