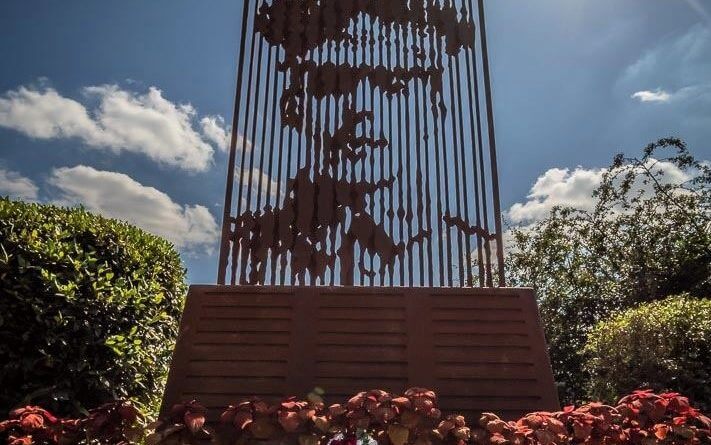 by the Belper in Wartime group

After the shocking disclosures of last week, regarding the mismanagement in the finances of the Belper Arts Festival, the Belper in Wartime group would like to clarify their position.

The group of volunteers was formed in 2014 to research and promote the commemoration of the Belper men who lost their lives in WW1.

The Belper in Wartime group set up its own funds, held by the Belper Town Council, that fund was closed in July 2019 once the Peace Celebrations Centenary events had been concluded, with no issues over any of the money raised or spent over the previous five years. The group’s funds were always separate from the ‘Sacrifice fund’ and none of the money donated to Belper in Wartime has been misappropriated.

The Belper in Wartime group’s work in commemorating the sacrifice of the men of Belper was incredibly successful and included many events and performances. At one of the performances, ‘The Fourteen’, in July 2016, throughout the performance we revealed a superb piece of sculpture “Sacrifice”. After this stunning event it was decided, along with other groups, to try to raise funds for the sculpture to be made a permanent feature in the Belper Memorial Gardens.

Over the following two years due to generous donations and sales of T-Shirts etc. plus the hard work and commitment of many volunteers the money was raised. It was believed that the money raised was being paid into a separate account under the auspices of the Belper Arts Festival.

When the time came to pay Britons (the company who made and erected ‘Sacrifice’) it was discovered to our horror that the separate account did not exist and a large amount of the money raised had seemingly been ‘used’ for shortfalls in Belper Arts Festival projects.

It has so far been possible to replace some of the money and Briton Fabricators Limited have been paid £3000 and are now still owed a balance of £5400, the council are also owed £2089 for the groundworks.

The group would like to reassure everyone who donated to this wonderful project that, along with other groups who were also victims of the Belper Arts Festival financial mismanagement, we as a group are working extremely hard to recover/replace the money and resolve this situation.

We are now beginning Phase 2 of the fundraising which will be to turn this beautiful sculpture into an educational tool so that present and future generations will be able to access the information and learn about Belper people, who were ordinary people caught up in world shattering events.

Having learned through our mistakes, any funds that are raised in Phase 2 will be subject to a far more rigorous financial system and will be used to provide augmented reality technology, an information board and finish the screening of the base of the memorial. It is also envisaged, at sometime in the future, to bury a time capsule in the Memorial Gardens and the group will be asking for suggestions for objects to be placed in the capsule.

The iconic memorial in the Belper Memorial Gardens has become an object of civic pride and a focal point attracting people from far and wide and of all ages to visit and remember the sacrifices made by their ancestors.
Thank you to each and every one of you for giving ‘Sacrifice’ to Belper.