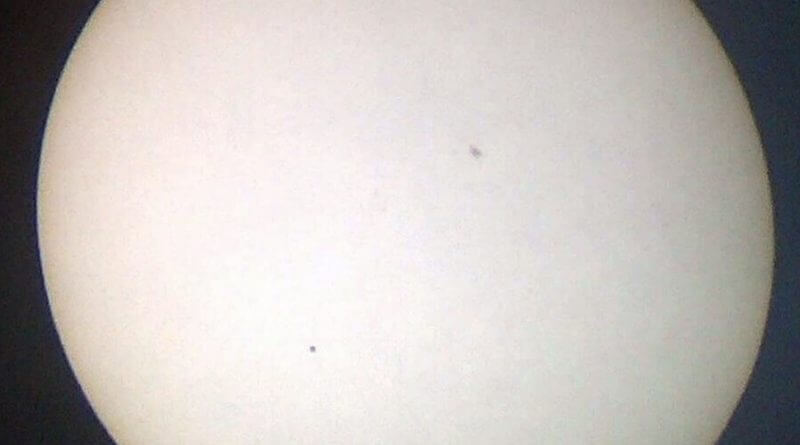 November brings: The Transit of Mercury and the Leonids Meteor Shower. Venus returns to the night sky and Mars can be seen just before sunrise (but you will need a low horizion to see them).

The Transit of Mercury – 11th of November:

The planet Mercury will transit the Sun on Monday the 11th of November. In a planetary transit the disc of a planet appears to move across the surface of the Sun, as the planet is silhouetted against the brightness of the Sun’s disc.

Planetary transits of the Sun are relatively rare events, although the last time Mercury transited the Sun was in 2016. See Nailed’s report of that event here: A Good Day for Solar Observation.

The transit will begin at 12.35pm (in the afternoon). Mercury will take seven hours to move across the surface of the Sun, last contact taking place well after the Sun has set in the evening.

How to View the Transit of Mercury

Please note that health and safety is paramount during solar observations. You should NEVER look at the Sun directly, either through a telescope or with the naked eye, as this can result in permanent eye damage.

Observation of the transit should only be attempted by using:

Solar projection is a technique where the telescope is used to project the Sun’s image through the eyepiece onto a piece of white card or similar material. Using this method, Mercury should appear as a small black dot.

(See the images above and below: Transit of Mercury 2016 – Solar Projection, Tony Webster).

It should be noted that many telescopes eyepieces have plastic interiors which can easily be damaged by the heat of the Sun.

Take great care: do not look through the eyepiece when using this technique. 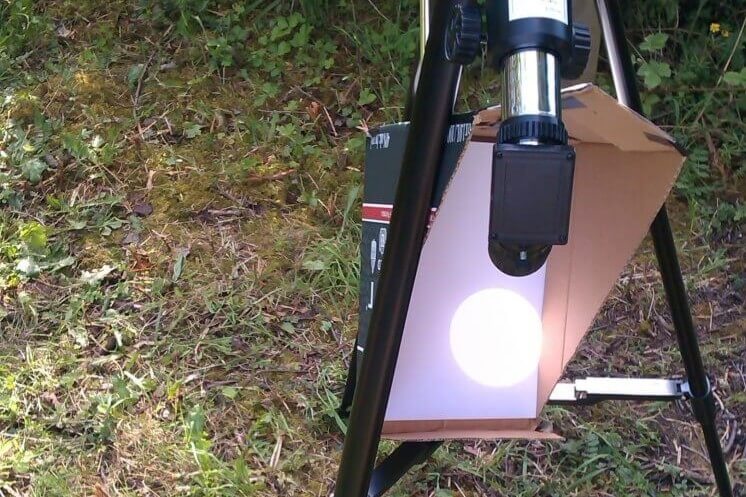 This video from the Society of Popular Astronomy: “Transit of Mercury 2019” shows you how to set up a telescope for solar observation and the points to consider when viewing the transit.

Where to View The Transit of Mercury

As of publication, I could not find any local events on the 11th. However, there are viewing events at the Leicester Space Centre and Tissington Hall, Ashbourne. See details here: Go Stargazing. If this situation changes I will put details in the comments section below. Or if you know of an event please share below.

The Leonids Meteor shower peaks on the night of 17th into the early hours of the 18th November. The peak rate is low at around 15 meteors per hour, but the Leonids produce bright meteors, so worth giving it a go for an hour or two (after 11pm) even though the Moon is nearly full on that night. As always, look upwards and try to see as much of the sky as possible from your vantage point.

The Moon will be full on the 12th of November.

On the 28th of November, just after sunset and towards the south-west, the crescent Moon will appear to lie between Venus and Jupiter – with Saturn also appearing in that part of the sky. A nice sight if you have the advantage of a low horizon.

Jupiter is very bright and can be seen low in the south-west just after sunset.

Saturn also shines in the south-west, at a slightly higher elevation than Jupiter.

Mars is just about visible. You can catch it low down in the south-east, just before sunrise.

Towards the end of November we should be getting sightings of Venus. Look towards the south-west as evening falls. From the 22nd – 25th of November, Venus will appear to be close to Jupiter, low in the south-west. Venus is set to rise higher in the sky during the winter months, something to look forward to. Also, look for it on the 28th (just after sunset) when it will be keeping company with a crescent Moon and Jupiter.

The International Space Station is one of the brightest objects in the night sky. It is not hard to spot and flies-past periodically throughout the year. Fly-pasts tends to swing from PM to AM – and currently it can be viewed in the early hours of the morning. Typically it will be in the sky for up to four minutes at a time – slowly moving across the sky, at first bright and then fading as it moves away from us and over the horizon.