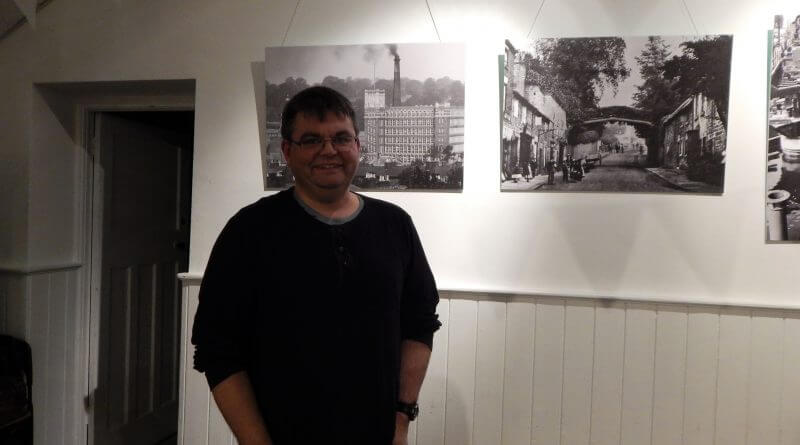 This month the University of Derby is awarding a series of honorary degrees to recognise individuals of great dedication and knowledge who have been champions of Derbyshire’s industrial heritage.

The recipients are described as, “one of Derby’s most celebrated historic figures, a prolific author and journalist and the man who oversaw the opening of the Royal Derby Hospital.”

The University of Derby explained their decision,

Since 2004, Adrian Farmer BEM has worked to protect and promote the Derwent Valley Mills World Heritage Site and educate people about its outstanding universal value.

Each of the heritage honorands will recieve their honorary degree at different ceremonies in locations spread across the county and the month.  Adrian will be confirmed as an Honorary Master of the University (HonMUniv) at the Buxton Graduation Award Ceremony, which takes place at the Devonshire Dome on Saturday 9th November.

Honorary degrees are awarded to people who have shown that they have achieved a level of knowledge and skill equivalent to the degree awarded through their work and achievements instead of the classroom.   Honorary Master of the University awards are given to those who have given exceptional service to their field, or to the university in question.

Adrian’s award of Honorary Master of the University is given “in recognition of his contribution to significantly raising the profile of the Derwent Valley Mills World Heritage Site and bringing communities together in the region.”

Professor Kathryn Mitchell, Vice-Chancellor of the University of Derby, said: “We are absolutely delighted to be celebrating the achievements of our new honorands and recognising the positive impact they and their work has had on our county and our region.

“Our honorands provide genuine inspiration for the thousands of our graduating students who will be at the ceremonies, and about to embark on their careers or further academic study. Hopefully, they too will aspire to leave similar legacies which will enhance knowledge and understanding for many years to come.”

Other Honorary Degrees being awarded are: HonMUniv (Master of the University) to Mervyn Allcock for his work on railways and rescuing Chesterfield’s Roundhouse, HonDLitt (Doctor of Letters) to Dr Desmond King-Hele for his work on Erasmus Darwin, HonDLitt (Doctor of Letters) to journalist and author Ann Treneman of Bakewell for her contribution to British media, HonDUniv (Doctor of the University) to John Rivers for overseeing the Derby hospitals merger and his commitment to championing Florence Nightingale’s Derbyshire legacy.

One thought on “Adrian Farmer to be Master of the University”