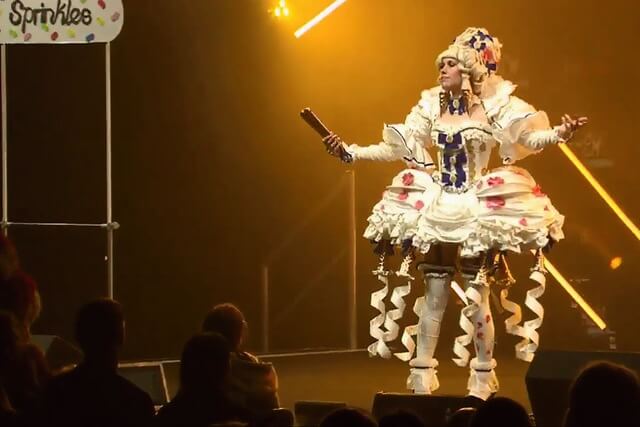 Cosplay (which is a portmanteau of costume and play) is the art of dressing up as your favourite character while attending an event or comic convention.

These events, which have increased in popularity in recent years, take place all over the world with hundreds of thousands of fans regularly attending. Amongst those fans there are ‘cosplayers’ who take costuming to the next level and compete in contests to showcase their construction skills.

To take part in the European championship cosplayers first have to compete within their own country to win the right to represent them on an international level in the final.

No fewer than twenty four European countries flew in their representatives for a chance to be crowned champion at the finals held at the Excel in London.

Three of the top award-winning American cosplayers were flown in specially to judge the event. All entrants have to make their own costume, including wig, shoes and even stage props.

The UK representative who beat out competition earlier this year to be crowned UK champion was Abi from Belper. 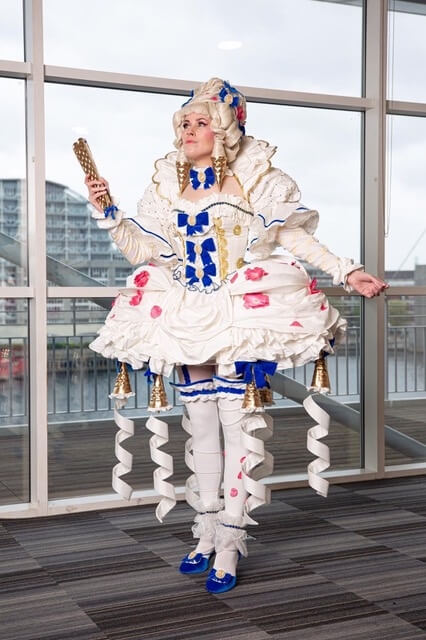 Abi’s outfit was based on artwork by popular Japanese artist Sakizo and depicted a girl dubbed ‘Soft Serve Ice Cream’.

The costume showcased a huge number of techniques including corsetry, embroidery, lace making, sculpting, moulding and even electronics.

Constructed from ivory silk, the dress featured handmade lace, hand sculpted cameos and even ice cream cones made from thermal plastic which rotated thanks to cleverly hidden electronics.

Each contestant has to produce a portfolio to showcase the techniques and skills used and has to give a five minute presentation to the judges to allow them to inspect various details on their costume.

The final marking included a short stage performance, with use of props made to enhance their ideas. For this Abi produced her own soundtrack using her brother and children’s voices. She also had an enormous foam flake and wafer.

The standard of competition was exceptionally high and includes many highly experienced cosplayers.  We cannot embed the video of Abi’s performance, because embedding has been disabled on EuroCosplayTV videos but you can find Abi’s performance here: https://youtu.be/nxte3q8NvTk?t=3087 and the awards ceremony here: https://youtu.be/nxte3q8NvTk?t=5749

Despite this being Abi’s first International Competition she did the UK and Belper proud by finishing in third place, marking the first time in 7 years that the UK has been amongst the winners. 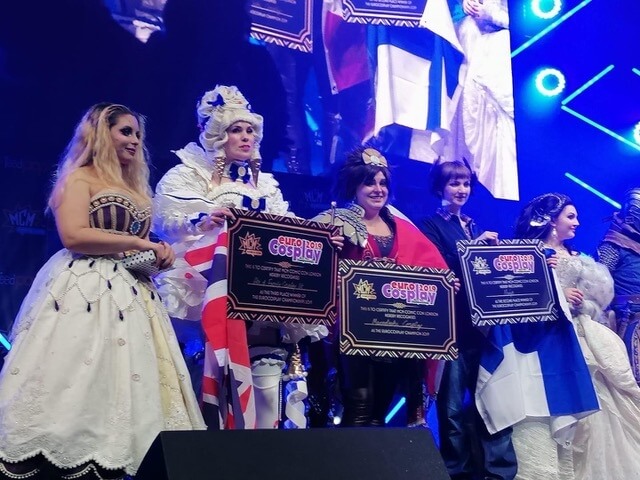