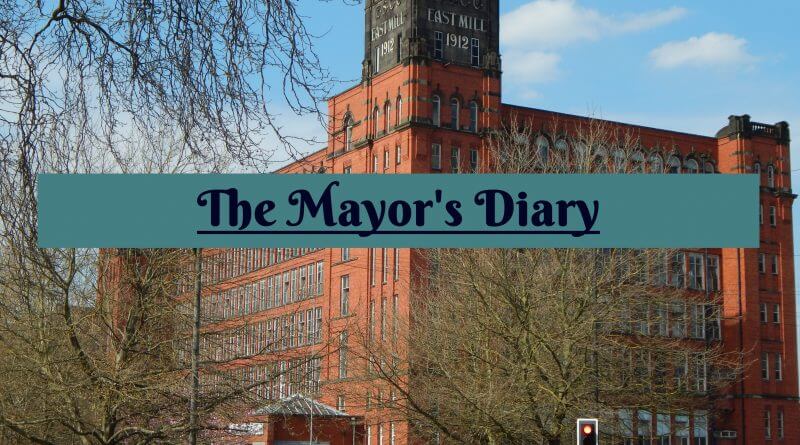 I’ve often heard it said that Belper is a town which is run by volunteers, but until I took on the role of Mayor this May, I had not fully appreciated how true this was. In fact, it was one of my main motivations for accepting this honour, seeing it as a real opportunity to meet some of the many volunteers who give up their time to make Belper the brilliant place that it is.

The editor of Nailed has kindly agreed to give me the space to turn the spotlight on some of the unsung heroes who I will be meeting over the remaining 8 months of my tenure. I am also hoping that it will be an opportunity to provide a little information for others in the community who might like to give some of their time and join these groups.

So – although it has taken a while to organise myself sufficiently, for which I apologise to those people and organisations I have visited so far – here are the details of my diary beginning in September.

On Wednesday 4th I was asked to open the newly refurbished Age UK shop at 64 King Street. Although the number of charity shops is often unfairly used as an inverse measure of the prosperity of a town, they clearly offer a valuable service which can be overlooked. The recycling, re-using and re-selling of clothes, books and the numerous unwanted gifts that have become an increasing part of our consumer society; the raising of funds for good causes; an informal centre of friendship and camaraderie; are all real benefits to our town. The manager Angela Carter was joined by colleagues from their regional office, as well as her team of volunteers who are pictured below. If you’re interested in volunteering with Age UK you can give Amanda a ring on 01773 820882. 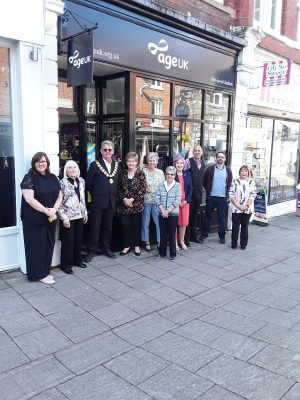 Fortunately, the re-opening of Age UK coincided with the judging for The Great British High Street 2019 award. Love Belper, a group made up of independent traders in the town have worked hard in promoting the wide variety of shops and businesses available and developing the experience which can be enjoyed by visitors to the town. Having completed an onerous application process, members of this group and others had organised a reception at No 28, followed by a tour of the town centre and finally a private viewing of the promotional films ‘Pride in Belper’ and ‘Love Belper’ at the Ritz cinema, where I was pleased to be able to receive the judges over a glass of prosecco. The photo shows the team from Love Belper who led this initiative. If you want to support or are interested in working with this group in the future or vote for our town in the competition, details can be found on their website: www.lovebelper.co.uk. 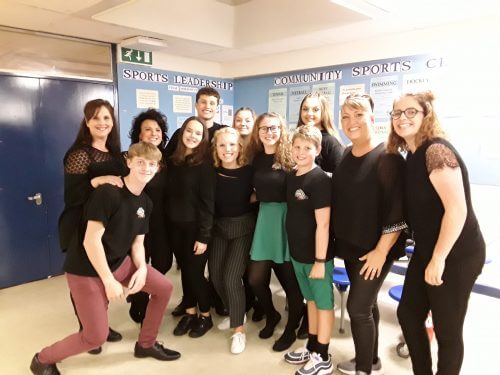 Over the weekend of 13th / 14th at the, Belper School, Belper Musical Theatre put on three productions of ‘Voices’, showcasing some of the great stage songs and themes from across the decades, which were performed by both the Juniors and Adults, featuring many brilliant solo and small group performances. The Community Theatre at Belper School was packed and the audience on the Friday, when we attended, had an excellent evenings entertainment. To see so many people from different generations, both young and older having such a good time performing together was a joy to behold. Pictured are some of the performers and organisers of the Musical Theatre, who told me that they would welcome new members to their group, particularly males. Contact details can be found at www.belpermusicaltheatre.co.uk. 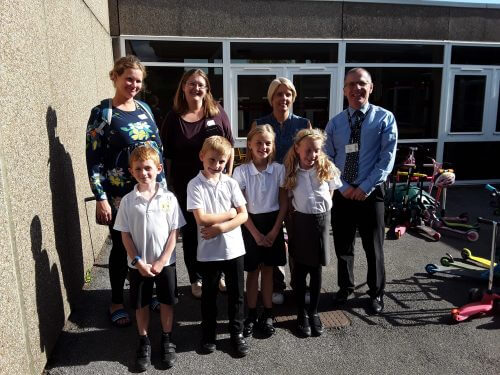 Finally, for this first report of our activities, I was really pleased to be invited to open a new scooter park at St John’s School. The Parent, Teachers and Friends Association (PTFA) had worked with the School to install 5 toadstool shaped racks, each capable of storing 12 scooters in a secure site on school premises. The intention is to encourage children to scoot to and from school rather than being transported by car. This has obviously proved successful as on the day of the opening 48 scooters were stored neatly in their place. Pictured are: Nicola Thompson (Chairperson), Zoe Adamson, Gail Ghai from the PTFA and Headteacher Roger Averis, together with some of the children who helper with the opening ceremony. If you want to get involved with the invaluable work of the PTFA, their contact details can be found on the school site: www.stjohnsbelper.co.uk