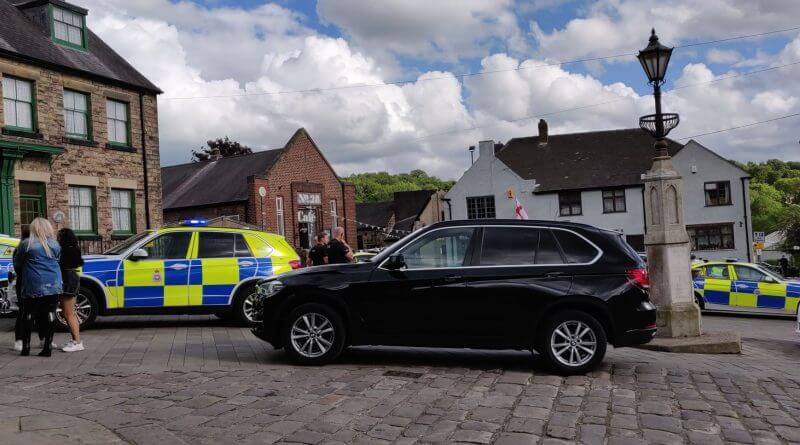 Just before 5pm on Monday 27th may 2019, police were called to reports of “disorder” on King Street, Belper.

Upon arrival, officers found a large group of people moving towards the Market Place.

Witnesses describe a brawl of about 30 people. It is reported by witnesses that the incident escalated from an argument between teenagers.  Police were seen to use batons to attempt to disperse the crowd.

The fight occurred shortly after the Derby County football match, but appears to have been unrelated.

Several arrests were made for public order offences.

PC Rich Martin, who attended the incident, said:
“The behaviour of a small number of people in Belper town centre on Monday afternoon was unacceptable, and officers worked quickly to diffuse the situation. We are reviewing footage of what took place as our investigations continue.”

A 21-year-old man from Belper was arrested and received a caution for a public order offence.

Joseph Stewart, 18, of Rowan Court, Belper was arrested and subsequently charged with using threatening/abusive words/behaviour likely to cause harassment, alarm or distress.

He is due to appear at Southern Derbyshire Magistrates Court on June 18.