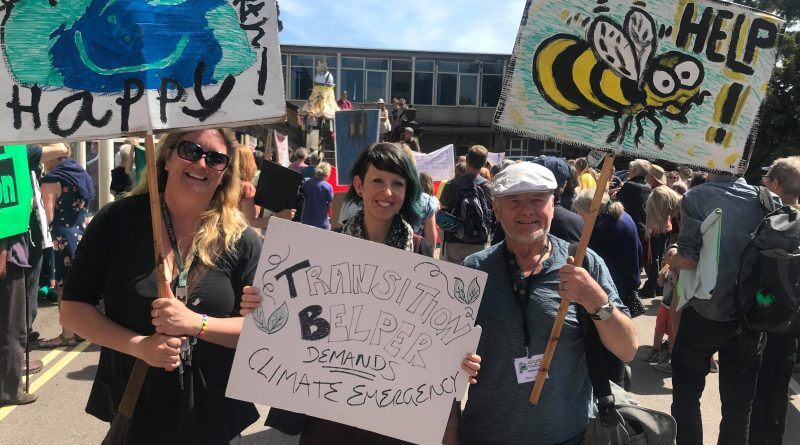 Climate change is happening now. Evidence suggests that we have just ten years in which we can slow it down, never mind stopping or reversing the catastrophic effects. In response to this on the 14th May 2019 Belper Town Council declared a Climate Emergency. We will take the lead and commit to reducing both the Council’s and Belper’s carbon footprint . We will kick this off by taking part and promoting  the National Clean Air Day on the 20th June with other strategies and Belper’s very own Green New Deal  to follow.

The next day, Wednesday 15th May, Transition Belper and members of Belper Town Council protested outside County Hall in Matlock, to urge the County Council to do the same.  The County Council did not declare a Climate Emergency.

Where Derbyshire County Council extolled the virtues of climate change, with Councillor Lewis suggesting we could become a wine superpower, Belper Town Council faced factual reality and committed to reducing the town’s carbon footprint and introducing a “Green New Deal”, the details of which will be available at a later date.