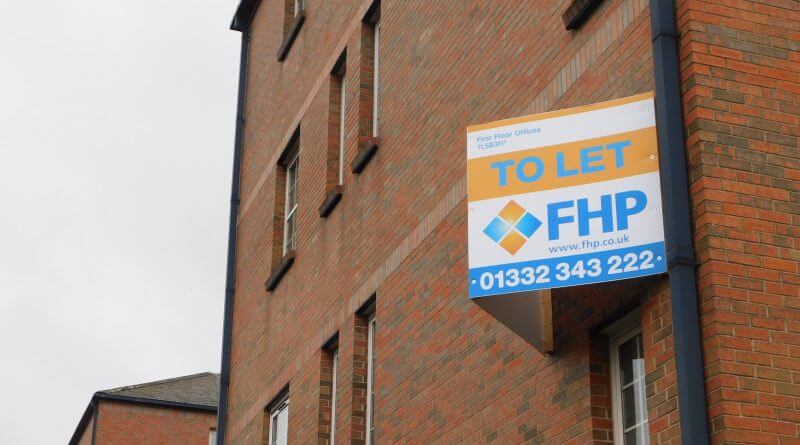 A Derbyshire council has put an entire floor of its headquarters up for rent to help cover its budget gap.

Amber Valley Borough Council is looking for tenants for the entire first floor of its Ripley headquarters, having decided to do so in February.

The listing for the office space shows that the authority could net nearly three quarters of a million pounds over the next five years in rent if it finds an occupier.

Signs showing that the office space, covering 11,583 sq ft, is available to rent have now appeared on the building, marketed by commercial property agents FHP.

The office space is in the large building in Cromford Road which connects to the town hall via a raised linking bridge.
As it stands, the authority is aiming to save £3.6 million by 2020. It has already achieved half of these savings but needs to make a further £1.8 million. The council’s total budget is £52.1 million.

FHP lists the building as a “a prominent and easily identifiable building on the Market Place in the town centre”.  It says that the available space is “largely open plan, with some partitioned meeting rooms”.

The advertised rental period would be for an initial term of three to five years at £57,915 per year.
Alongside this, service charges and utilities are expected to be £88,609 per year.
This would bring the cost of the space to £732,620 over five years.
Tenants would be required to provide their own broadband.

Initially, the authority is seeking to rent out the large space without any alterations being made. However, this could change, or the space could be split into separate units, if on single tenant cannot be found.

The borough council had previously been asked whether it was considering moving to downsized headquarters in future, but did not respond.

February’s report on the decision, written by the council’s executive director for resources Sylvia Delahey, said: “The under-utilisation of the HQ building needs to be addressed.
“The council has a number of assets which are under-utilised and, in order to address the budget deficit, the assets need to generate income to help cover the operational costs.
“The council has considered a number of options for the headquarters over the last 10 years which have included leasing the Old Town Hall, letting the vacant space in the headquarters building to the county council and disposing of the car park on Cromford Road for development.”

Derbyshire County Council has ruled itself out of renting the space, telling the borough council that it would not be looking to take on any additional space until after its next review in March 2023.