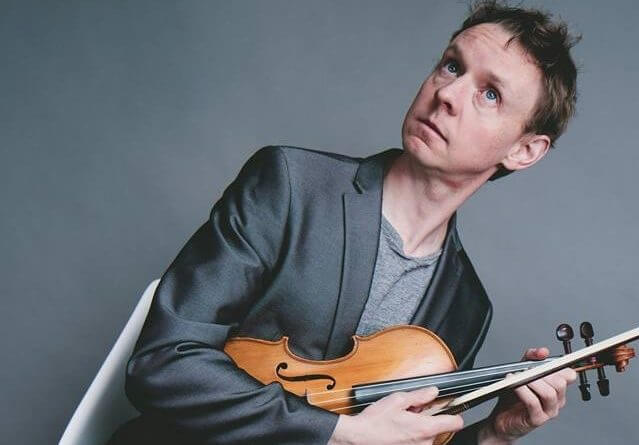 The Old King’s Head are “absolutely delighted” to present Adam Sutherland Music “Tunes ‘n Tales” on Thursday May 9th, 2019 as part of the Belper Arts Festival.

‘A top class (and very, very funny) night out. Thank you!’

Join Adam, native of Errogie on the south shore of Loch Ness, for an intimate evening of stories, music and banter drawn from his 20-year career travelling worldwide as a professional folk musician.

A compelling and charismatic performer and storyteller, Adam will play a selection of his own compositions and share reflections of his life and music with insights into his childhood home, his myriad influences and the intriguing people who have inspired his work along the way.

Adam is one of Scotland’s most innovative and exciting fiddlers, tunesmiths and teachers, widely known for his high octane, captivating performances fronting his own band and with festival favourites Treacherous Orchestra, Session A9, Peatbog Faeries and Croft No Five. A prolific and talented composer, named Scots Trad Music Awards ‘Composer of the Year’ 2017, his tunes are played in sessions and on stages worldwide. He has recently released his second solo fiddle album: ‘Some Other Land’ – a critically acclaimed album of his own tunes that have come to him in his sleep.

“Sutherland performs with such warm, impish personality that it was no great task to soften the rather formal edges of the New Auditorium with his trademark melodic touch, fluid transitions between tempos, gift for groove and love of 7/8 time signature” – The Scotsman