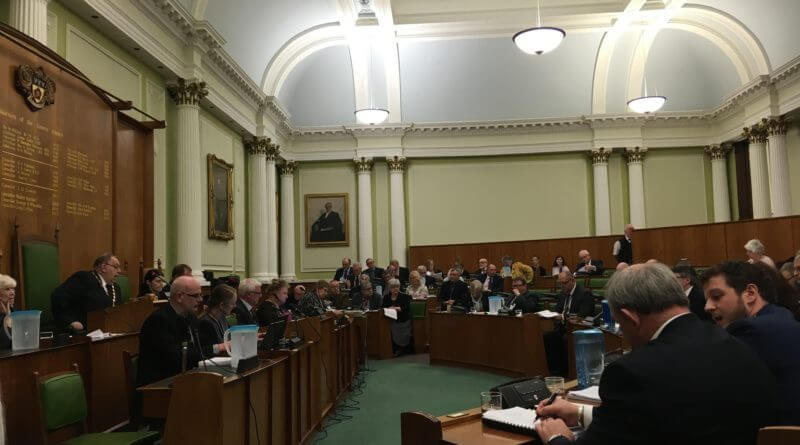 In a meeting of the full council on Wednesday 7th february 2019, leader Cllr Barry Lewis set out the authority’s Brexit preparations.

He stated that overall impacts will be “many and varied” with short and long-term turbulence likely to be caused to the local economy and employment, along with development and procurement for new and ongoing projects – and the council’s overall budget.

Cllr Lewis also stated that the authority’s trading standards team was forecasting a spike in worried and “confused” businesses calling in to check what the correct processes are for trade post-Brexit.

The team also suspects a steep rise in scams, with con artists seeking to make the most of post Brexit confusion – such as misdirection over visa processes.

To prepare for any turbulence and shortages of supply in the region, the county council, police, NHS bodies and other local authorities are having regular meetings. The organisations are already having weekly teleconferences with central government to update on the potential fallout and make it aware of “emerging issues”.

In February, Derbyshire authorities are to have fortnightly meetings to prepare for any issues which may crop up.
During March, these will become weekly meet-ups.

From March 29, the day Britain is set to leave the EU, these meetings are to become daily.

Cllr Lewis explained further: “Dealing with large-scale, strategic issues is only one aspect of the council’s work; we obviously have taken very seriously our responsibility to ensure the council’s own operations and services are resilient to the potential impact of the UK’s planned exit from the European Union.”

Cllr Lewis gave examples of some impacts which the authority anticipates cropping up as a result of Brexit:

Last month, central government announced that all county council authorities would be given £175,000 for Brexit preparations. All district councils will receive £35,000 and unitary authorities, such as Derby City Council will be getting £210,000.

One thought on “County Council Prepares For Brexit”