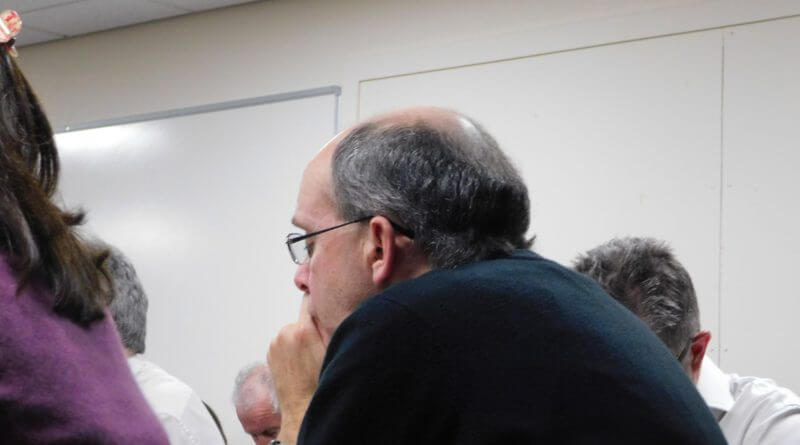 A Derbyshire doctor has suggested that health authorities save money by cutting spending on legal measures designed to safeguard vulnerable patients.

Many residents in the county lack the ability to make their own decisions about their own healthcare due to mental health conditions such as dementia and Alzheimer’s. If these residents need hospital support or to be moved into a care home, the county council or local NHS body must undertake a costly legal process. This process, known as Deprivation of Liberty Safeguards (DoLS), part of the Mental Capacity Act 2005, allows local authorities to act in the best interest of these vulnerable residents or patients.

Due to the volume of patients who lack the mental health capacity to make their own healthcare decisions, this process has become a key area of concern for local government and health authorities.

At a meeting of the four Derbyshire Clinical Commissioning Groups (CCGs) last week, doctors and health officials raised their concerns about the time and expense. Dr Bruce Braithwaite, secondary care specialist and governing board member for North Derbyshire CCG, made a bold suggestion which drew gasps from his colleagues. He said:

“What is the likelihood of this significantly improving their livelihoods? Should that person have all of their care withdrawn if they are not going to get better or to move towards independent living?

He wondered aloud whether there is “a point in going to the time and effort” of pursuing each of these cases if it will not significantly improve quality of life for patients.

Perveez Sadiq, strategic director for adults social care at Derby City Council, said that the authority he works for, Derbyshire County Council and the CCGs, spends “north of £6 million” each year to pursue support which has “zero impact”.
“This is money that could be spent on other support,” he said. Mr Sadiq added: “These people are in hospitals, have dementia, many are in their own homes, and they need support in every way to carry out ordinary tasks and we have to carry out a range of assessments to assess their health. “It costs us £600 every time we do them and 99 per cent of the time they are authorised that it is the right thing to do for them. It is endless sums of money spent on a paper chase, it doesn’t seem a common sense way forward. We seem to be doing it willy nilly, for everybody, at great expense.”

Brigid Stacey, chief nursing officer for the CCGs (which are set to merge next year in a move to achieve the “efficiencies of scale” to save millions of pounds) put forward a plan to pause paying for a law firm to carry out DoLS assessments, while seeking to work closer with the county council. DoLS cases would still be processed but by the CCGs’ in-house legal staff.

A county council report earlier this year stated that several local authorities have received fines and “unwelcome publicity” when people were unnecessarily forced to live in care homes where DoLS assessments had not identified a need for this to happen. Derbyshire’s two councils which oversee adult social care – the county and city councils – have earmarked DoLs assessments as a major concern for their respective budgets.

By 2022, the county council must save £70 million and the city council faces a black hole of £23 million.
After legislation in 2014, in which the UK’s Supreme Court gave its Cheshire West judgement, deprivation of liberty law was rewritten to drastically lower the bar for who requires an assessment. It widened the scope to anyone who is “at risk” of being deprived of their liberty. As a result, “the floodgates opened”, claimed Ms Stacey.

In 2013, the city council had 55 DoLS cases. By 2016, cases had shot up to 1,234 – dropping slightly to 1,079 last year.
Meanwhile, the county council had 360 DoLS cases in 2013. By 2016, this had hit 3,003 – falling to 2,847 last year.
The Liberty Protection Safeguards – part of the The Mental Capacity (Amendment) Bill – will soon become law and replace the current DoLS system.
It seeks to make the process quicker and more accountable and involve the families of the patient or vulnerable person.
It is thought the reform could save local authorities more than £200 million a year.