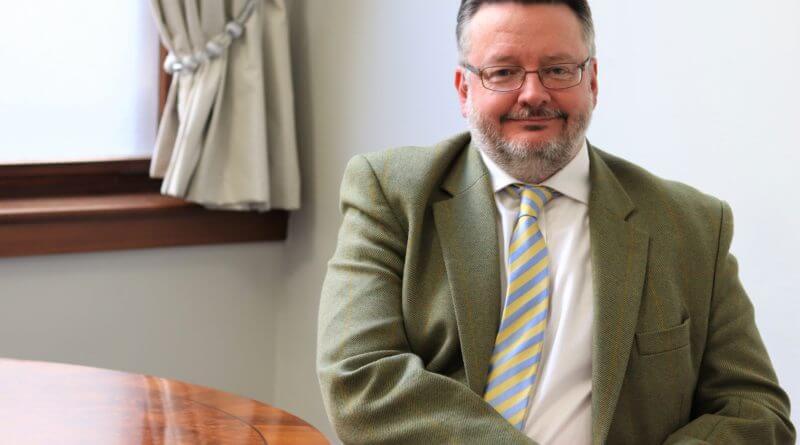 A county council leader has hit out at an NHS finance chief who said that Derbyshire “has been given an easy ride” where healthcare cuts are concerned. Paul Briddock, director of finance for NHS England in the North Midlands, made the claim on Monday, November 26 at a meeting of the county council’s scrutiny committee.

Now, the authority’s leader, Conservative Cllr Barry Lewis, has called the comments “blind cheek” and said that he is “absolutely livid”.
Cllr Lewis said: “Clinical Commissioning Groups have failed to tackle savings in areas like their structures, like repeat prescriptions, prescribing over-counter drugs and tackling faults and waste in the tariff system. Had they started these reforms in 2012/13 – at their formation – we wouldn’t be doing this now. It is blind cheek to say we got off lightly. Many CCGs have failed to put their houses in order since day one and have been a model of inefficiency, promulgating the type of inefficiency that went before. There is clearly no top-down impetus for them to do so either, judging by these comments. It is fair to say I’m absolutely livid that glib comments like this can be made about services in Derbyshire. The fault and the buck stops with the CCGs and the NHS on this one. They failed to get their house in order and they’ve just had commitment of an annual rise of 3.4 per cent (from central government) into the 2020s. If Mr Briddock wants to play Devil’s advocate, then the questions I am posing are the ones he should be asking of CCGs nationwide – not whether it’s fair the colossal quantities of taxpayers’ cash he’s having to write-off are bigger than another area’s inefficient usage of resources.”

Mr Briddock made the “easy ride” claim by stating that the CCGs which run healthcare services in Derbyshire had been asked to make cuts which are not as high as some other CCGs. The four Derbyshire CCGs, which are in the process of merging into one organisation, have a deficit of £95 million and must make £51 million in cuts by April next year. If the organisations achieve these cuts then the remaining £44 million – referred to as the control total – would be effectively written off.

Mr Briddock, speaking at the meeting, said: “You may feel it is hard, but really, it is not that bad. Derbyshire has been given an easy ride.
“If I were one of these other organisations, I would be asking why Derbyshire is being allowed to write-off so much money. But that is just me playing devil’s advocate.” He claimed that the required saving totalled 3.3 per cent of the CCGs’ total budget of £1.5 billion, below the national average among other CCGs of 3.7 per cent and far below the highest amount of five per cent.