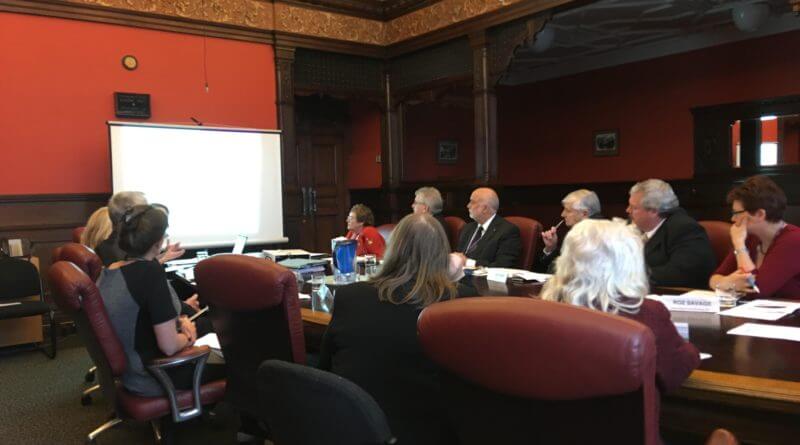 A county councillor has called for schools to be moved away from busy roads due to high levels of pollution.

Councillor Beth Atkins made the comment at the Derbyshire County Council scrutiny committee meeting on Wednesday, November 28, which featured a  discussion of air quality.

Cllr Atkins, who represents New Mills in the High Peak, said: “Many of the schools in my area lie alongside the A6, a very busy road, we should be looking to move them elsewhere in our areas to improve the pupils’ health.”  This was supported by Cllr Tony Kemp, the leader of High Peak Borough Council. He said: “The A6 may be very busy throughout much of the day, the majority of the time traffic will be flowing freely. But many schools, such as those in Furness Vale, New Mills and also Newtown, are very close to the road. In peak times, these areas are very busy and we could be putting young people in their formative years at risk.”

Jane Careless, public health lead for the county council, as well as for Derby City Council, responded: “We do find that a lot of people drive their kids to school, it is something which is a real issue we need to raise awareness about. People should not be driving to schools and sitting outside running the engine.”

Richard Lovell, the senior project officer for sustainable travel at the county council, added: “The main issue here is with behaviour, we can use incentives and we can try to educate people about health. Some authorities have brought in clean air zones around their schools which have proved very effective. This is something we would very much like to consider here in Derbyshire. In terms of businesses, we cannot force them to work with us, but we can recommend that travel plans are worked into planning applications, this draws up what they will do to promote sustainable travel. However, most businesses just pay a company some money to draw up a travel plan, it is drawn up by a consultant and then it sits on a shelf and gathers dust. It is a box-ticking exercise for many.
“A lot of it relies on goodwill, it is a fact of life.”

Bolsover District Council is looking to revoke the two AQMAs in Barlborough, with the possibility of Erewash also revoking its AQMAs in Sandiacre and Long Eaton following traffic easing measures on the M1.

One thought on “Air Pollution Risk To Schools”