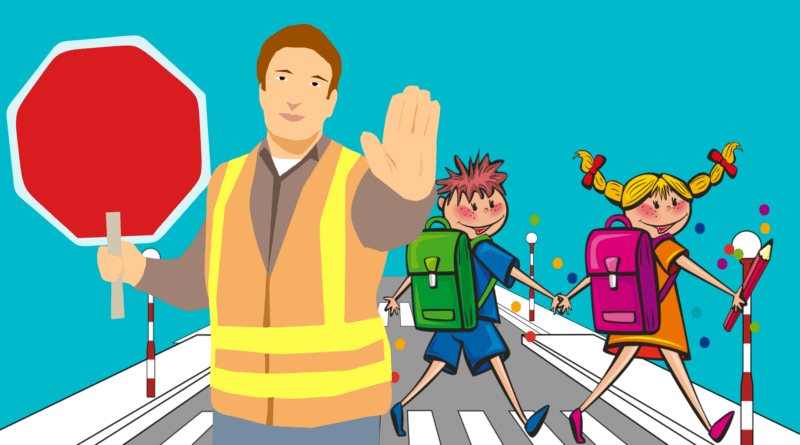 In September, Derbyshire County Council withdrew a proposal to review the service – and its 108 staff – to save £300,000.

It had asked schools and town and parish councils whether they would be able to pay £4,000 a year each to keep their lollipop ladies and men.

The resulting consultation found a negligible amount of councils and schools were able to pay for the scheme, and the review was scrapped.

It had been stated that the required savings would instead be taken from the authority’s reserves.

Now, it has been revealed in council papers for the cabinet member for highways, transport and infrastructure that £60,000 has been cut from the School Crossing Patrol service.

The papers state that this “will not result in any reductions in the service”.

A spokesperson for the authority said that this was possible due to reducing spending on uniforms, equipment, staff mileage – and the delay in recruiting to vacant posts.

They added that the remaining £240,000 would be taken from reserves this year.

“This is due to a number of factors including the time it can sometimes take to recruit to a site when someone leaves and long term vacant sites that can prove difficult to recruit to.

“As the budget has been underspent by £60,000 for several years we can take this money out of the budget with no effect on the service.

“For the remaining £240,000 we need to save from the budget we have taken that amount from reserves this year.

“We are working on proposals for the future funding for the service and a cabinet paper is to follow.

“The council decided to keep the school crossing patrol service as it is clear that it is valued across the county and we are committed to retaining the service.”

The same council papers also showed that £400,000 is set to be cut from the authority’s road safety budget.

So far £75,000 has been saved, with the county council needing to find a further £325,000 in cuts to this service by the end of the current financial year.

The total highways budget at the county council this year, excluding funds tied up in capital projects, is £78 million.

The authority had earmarked £4.9 million in savings from the department this year but has only managed to make £1.25 million of these so far, with £3.6 million more to find.

Almost all of the current overspend this year of £3 million is down to winter maintenance.

This is due to the added pressures the authority faced during the last winter, requiring more money to be spent on gritting crews and pothole and road maintenance, among other issues.

Earlier this year, the authority’s head of finance said that the council would struggle if it is faced with another bad winter this year, and would be further behind in meeting its savings target, placing it at risk.