A man who has been presented with an award after dedicating his spare time to supporting vulnerable children is appealing for more people to volunteer their time.

Simon Evans, who works at Lubrizol, in Hazelwood, near Belper, has been given the Christine Sewell Charity and Community Award by the firm in recognition of his dedication to children in Derbyshire.

Simon and his wife, Alison, spent five years fostering children before the pair both began volunteering as independent visitors for looked after children with the charity Sova.

The work sees them spending time individually with young people who are living in children’s homes or foster care giving them support and someone independent to talk to.

Simon, who has three grown-up children and three grandchildren, said: “Every looked after child is entitled to an independent visitor, who isn’t paid or part of the system, such as a teacher or a social worker. Our role is to be a friend and someone who listens without being judgemental.

“We take them out for some fun, perhaps for a McDonald’s or to the cinema, and give them a break from their everyday lives.  Sova also have Advocate roles, these are different from Independent Visitors, as Advocates become the voice of the child during review meetings.

“None of the children we work with made the choice of being in the position they are in, what we accept as normal is very different for some children. These children all have different backgrounds, quite different from many of us, and as a Sova volunteer you have the opportunity to make a difference, and that’s what we do.”

Simon, who has worked for Lubrizol for 29 years, previously worked in the Royal Engineers as a corporal in bomb disposal serving in many areas of the globe, including the Falklands in a number of roles and tours between 1982 to 1986. He now works as a Regional Business Manager with responsibilities for a team across Europe, Africa, the Middle East and India.

The firm has honoured his efforts outside of work with the award, which entitles him to a designated car parking space of his own at the Hazelwood site and a donation of £500 for a charity of his choice.

Simon added: “I intend to donate the £500 to Derbyshire Children’s Holiday Home in Skegness and I will raffle off the parking space which will raise a little more money for the cause.

“I was fortunate to have a good upbringing and there are so many young people who aren’t so fortunate. I would encourage anyone to consider volunteering with Sova, either as an independent visitor or advocate.

“Although you don’t volunteer for the kudos, it is great to know that I have made a positive impact on the children in our care and I would urge anyone who is passionate about children to help these young people to have a better, brighter future. To provide them with positive role models is the only way we can help break the cycle and leave a lasting footprint.”

For more information about volunteering with Sova please visit the website  https://www.Sova.org.uk/Pages/Category/how-you-can-help 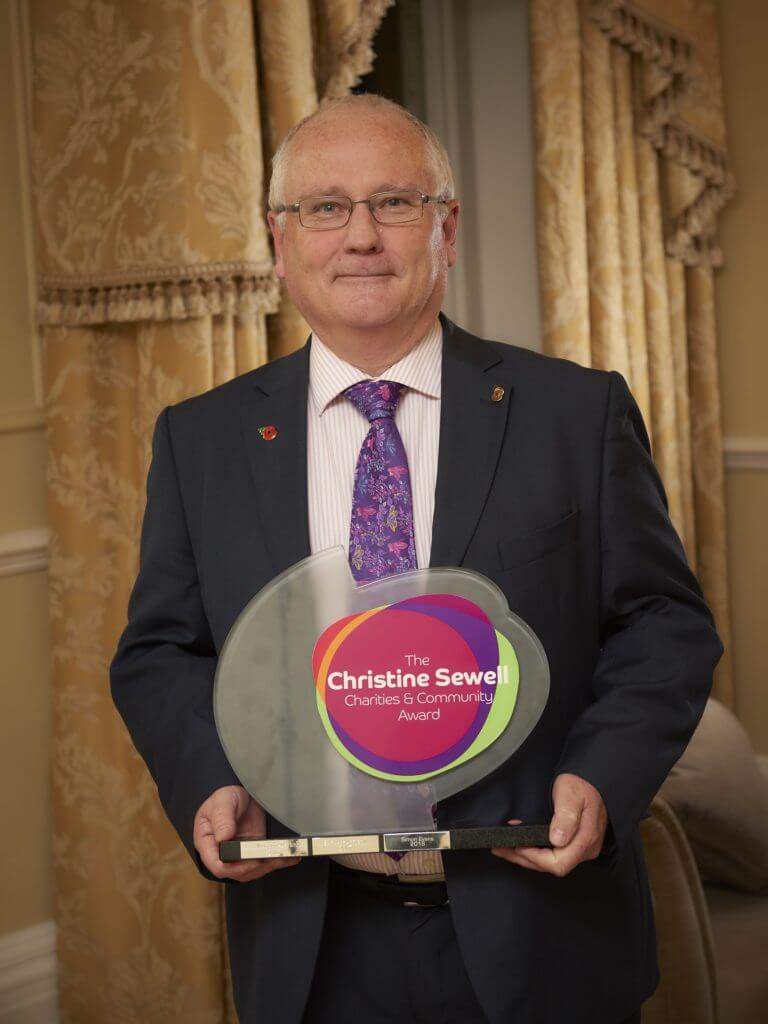