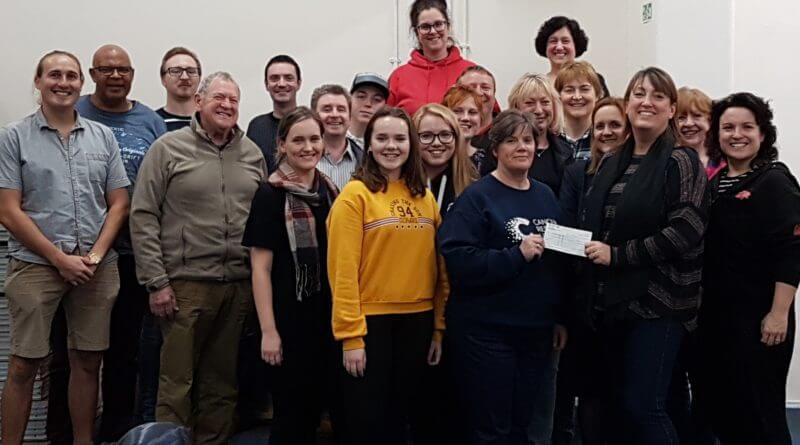 CULTURE WHAT'S ON
7th November 2018 Admin 0 Comments Belper Community Theatre, Belper Musical Theatre, Cancer Research UK, charity, Our House, Prostate Cancer UK
Belper Musical Theatre will be performing “Our House” at Belper Community Theatre (at Belper School) from 20th-23rd February 2019 and at Derby Guildhall 27th Feb-2nd March 2019.
Details of how to get tickets, from just £12, can be found at belpermusicaltheatre.co.uk.  BJMT will be performing “Annie Jr” on 6th & 7th April 2019.
Back in September Belper Musical Theatre and Belper Junior Musical put together a concert entitled “Sing, Sing, Sing!”
Full of a blend of familiar musical show stoppers, numbers from more recent musicals plus songs from renowned and not so well-known artists, the concert thrilled its audiences with first rate performances throughout. BMT and BJMT not only had it’s audiences smiling, laughing and shedding a tear but also had them reaching deep in to their pockets for a great cause.
With so many of the company having been touched by cancer, including a number of current performers, it was decided to do a collection as audience members left the concert to be split between Cancer Research UK and Prostate Cancer UK. Tracy Jones, the local fundraising manager from Cancer Research UK, then showed up at a recent rehearsal of BMT’s next production, “Our House”, to collect a cheque for an £660.

Belper Musical Theatre said: “we are proud to support this wonderful charity that has helped to double cancer survival rates in the last 40 years.

“Cancer Research UK receives no government funding for their life-saving research into preventing, diagnosing, treating and beating cancer so rely on donations like this. Belper Musical Theatre are so grateful to their audiences for their generosity.”