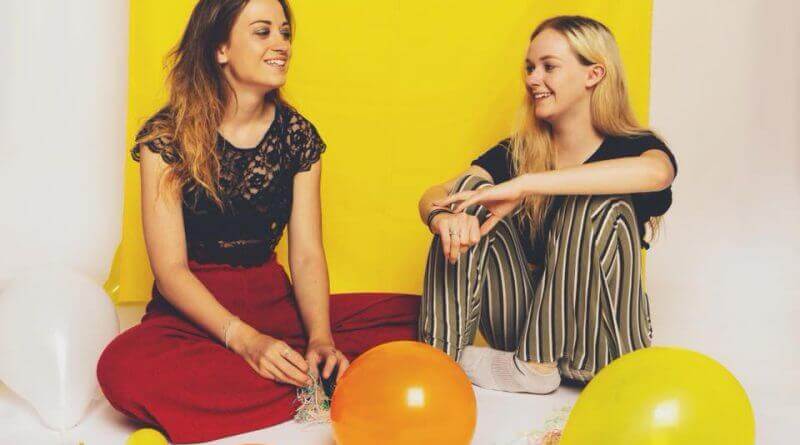 The Sunflower Thieves, fronted by Amy Illingworth and Lily Sturt-Bolshaw from Belper, are releasing their new single ‘Two halves’ for streaming on September 7.

‘Two Halves’ is a momentous leap from those early days of open mic nights in Belper as a duo to this new phase in their career as a band. With it they’ve not only increased their depth of music and emotional experience, but also dropped the perfect soundtrack for a breezy late Summer evening.

Having taken a step back from playing live over the summer the band have had time to focus on crafting this gem. It’s a bigger, more confident sound that assuredly settles into its lush production like a cat onto an old sofa. Starting sparsely enough with acoustic guitar chords, the opening verse is split between each of the singers before they reunite to harmonise for the chorus.

The Thieves said about the new track: “We’re super proud of this track as we feel it’s a huge step forward for us, and although the song is very personal, we’re excited to hear people’s interpretations of it, and hope everyone who has supported us so far loves it as much as we do.”

“The vibrant, creative community we are a part of in Leeds, along with the support from home and the musical community in Nottingham has allowed us to improve, be inspired and be confident in what we are doing.”

With both singers currently part of the thriving live music scene in Leeds and a string of festival appearances as full band behind them, it is little wonder that their sound has changed and grown with each new release. From the undulating oceanic sway of the opening chords to the crescendo ending of rolling drums and thick bass lines, their mature new single grows calmingly catchier with each listen and offers a tantalising glimpse into the direction they are heading as a band.

Two Halves, it’ll be available on Spotify, iTunes and all other major streaming/download platforms.

The track has been mastered by Mount Street Studios in Nottingham, and features Jamie Clarke on bass and Tom Girling on drums. It’s due for release September 7th, with artwork by graphic designer, Adam Illingworth.