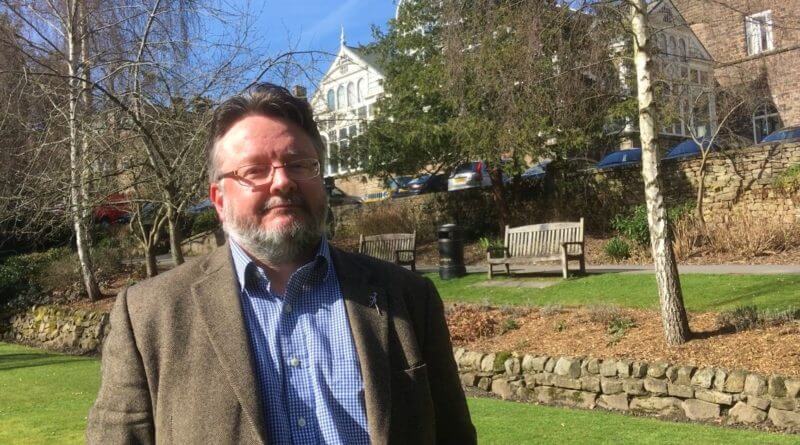 Next week Derbyshire County Council is set to vote through plans to form a “strategic alliance” with several county and city councils from across the East Midlands.

This could see the authorities sharing services across borders in a bid to save money.

At full council on Wednesday, September 12, council leader Cllr Barry Lewis will ask that plans to push forward with the alliance are given the go-ahead.

The strategic alliance would not be a formal merger, but an agreement between the councils to work together more closely and to present a united front in bidding for more investment in the East Midlands.

It is thought that the crux of improvements would focus on highways and infrastructure.
The plan, first mooted in April, could lead to devolved powers from central government to give the alliance more authority over how money is spent in the region.

It is hoped that the alliance will help match the “weight and clout” of the West Midlands Combined Authority – formed last May – but stops short of forming its own East Midlands version, and again, short of merging into a “super council”.

Cllr Lewis said: “This Council recognises that there is a clear need and ambition by all concerned to work in a more focused and co-ordinated way to deliver a Strategic Alliance to overcome significant lack of investment in infrastructure and services across the East Midlands and ensure the region has a clear and powerful voice.

“Across the East Midlands, councils of all sizes and scales are facing significant ongoing budget pressures and recognise there is a need to work together to find solutions to ensure we deliver services for the public benefit on a more efficient footprint.

“Upper tier councils, including cities, have been exploring the idea of an East Midlands Strategic Alliance, which has the potential to deliver savings, transform Council services, deliver jobs and growth and therefore business rates uplift, and most critically ensure that our collective and single voice is powerful to call for more infrastructure investment across the region.”

The alliance would also bring in the region’s Local Enterprise Partnerships and Chambers of Commerce to further push for investment in the East Midlands.

Cllr Lewis said that the proposal would enable councils to “further explore shared services and delivery”, much like how Derby, Derbyshire, Nottingham and Nottinghamshire are working together on a combined adoption agency.

This agency could be widened to further councils in the East Midlands so as to share resources and ensure children are placed with a family sooner.

Cllr Lewis said that the emphasis was getting value for money for the region’s tax-payers.
District and borough councils would not have a seat at the table and would have to speak through their relevant upper-tier authority.

Cllr Lewis said in June that “we must all have an open mind” on plans to reform local government, which could see the scrapping of district and borough councils in Derbyshire – which employ thousands of people.

This came after the leader of Nottinghamshire County Council, Cllr Kay Cutts, said that scrapping the lower tier of councils would be a good way to “pool resources” to cope with funding pressures.

Cllr Cutts had said that she would like all these authorities combined into a “super council” running all services – from education to roads, planning and rubbish collection and disposal.

She suggested district councils, which currently run some of these services, could be scrapped.

In July, Amber Valley Borough Council leader Cllr Kevin Butter said that he would support any local government reform which would improve effectiveness and efficiency, whether that is a “super council”, “strategic alliance”, or a combined authority.

He also said that he believes Rutland County Council and Northamptonshire County Council were hoping to join the proposed strategic alliance of East Midlands local authorities.

Cllr Buttery said: “Whatever happens, a combined authority, or strategic alliance, we need to do something or we are going to be left on the periphery waiting for scraps and handouts.”